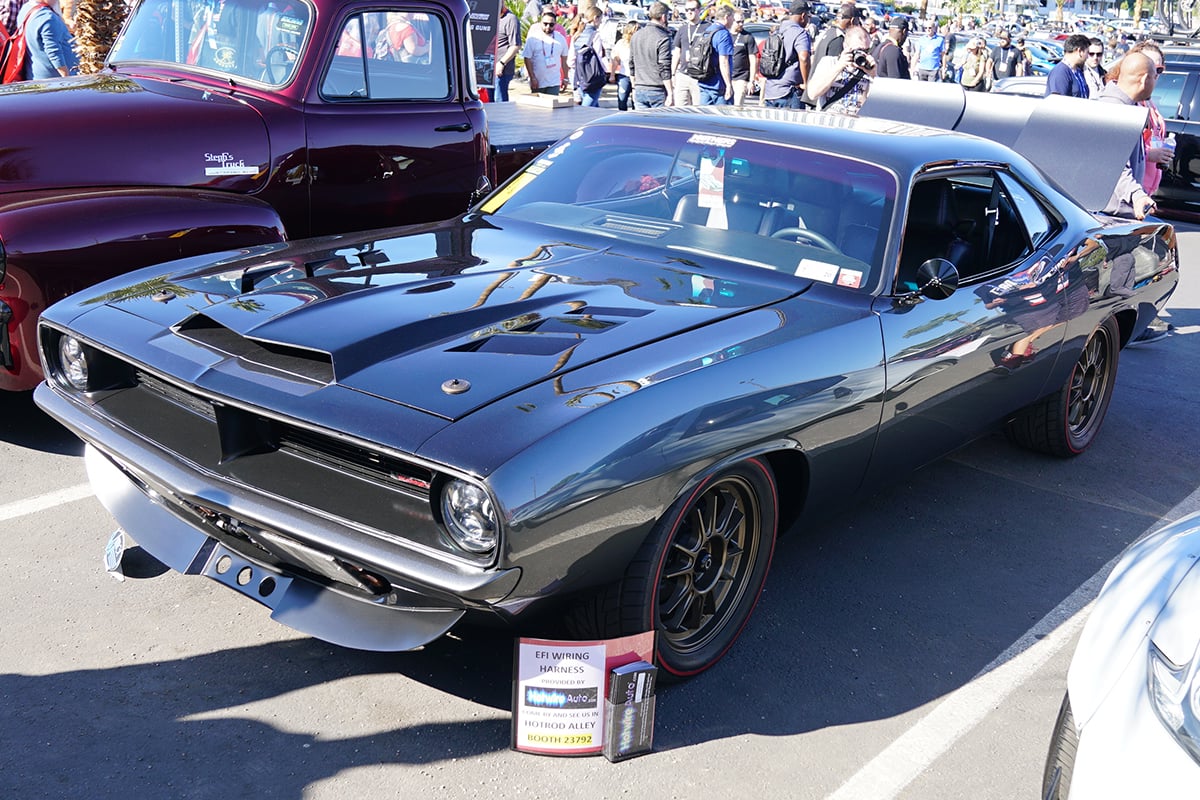 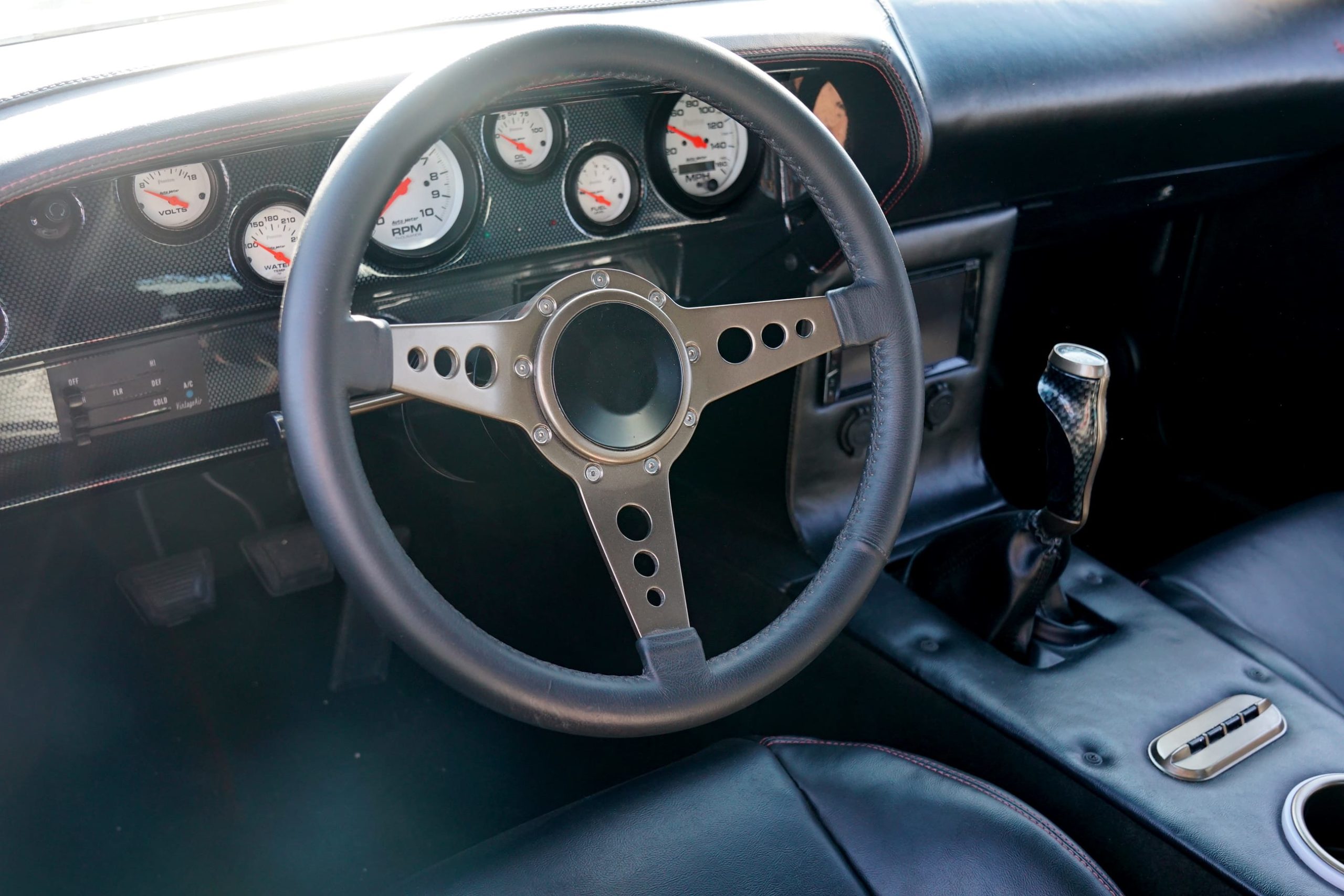 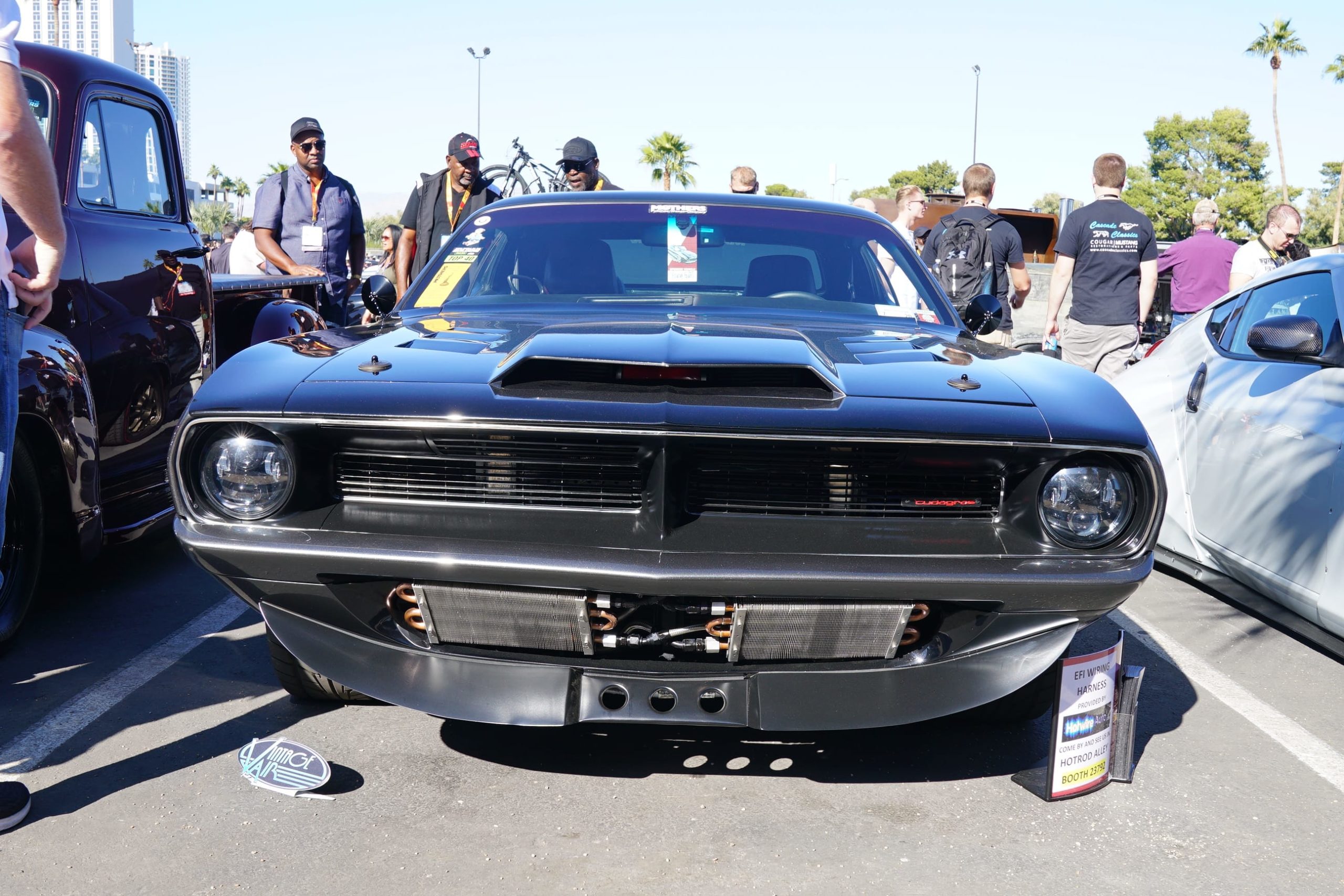 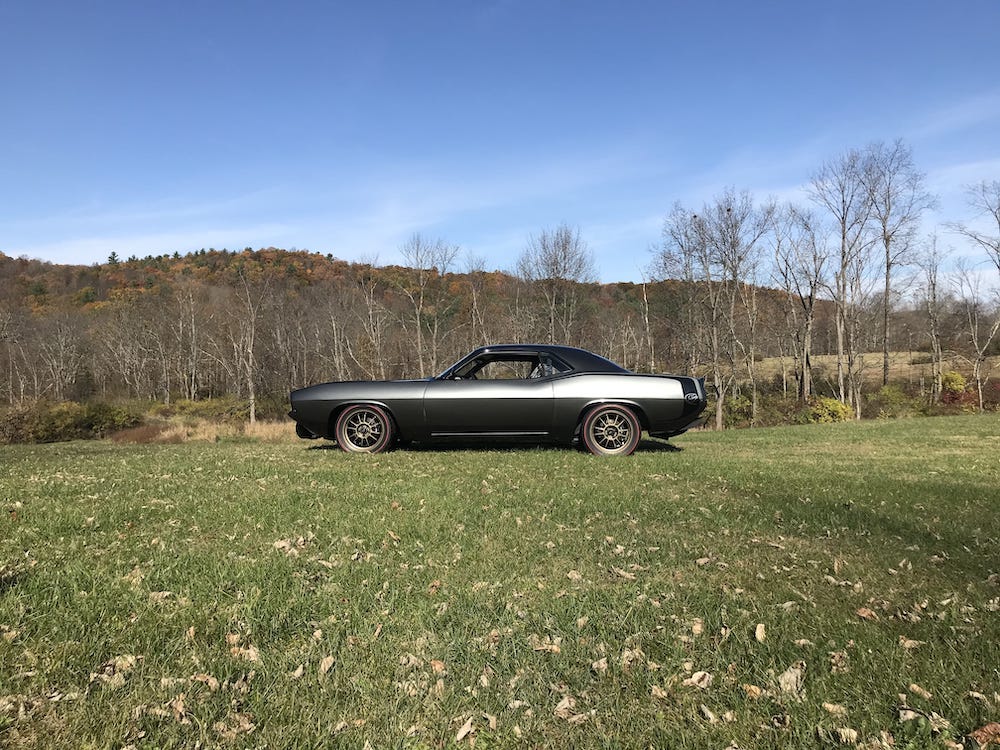 The Larsen family has always been into cars. After growing tired of their jobs, the decision came easy for Curtis and his father, Curt, to take their hobby to the professional level in 2016.

After opening their shop, one of the first clients was a family friend that Curt had previously done work for on a 1969 Dodge Charger. He had now come into possession of a 2003 Viper SRT V10 engine and the corresponding Tremec T56, while also having the shell of what was once a 1970 Plymouth Cuda. He decided to combine the two. Curtis sketched up a quick design showing what the Cuda could become. From there, the shop’s first high-end pro-touring build was started.

The shell was a basket case. Every panel except the roof was replaced with new sheet metal. Once the shell became a rust-free roller, the massive V10 and six-speed were installed using dollies, cut-off wheels, and an engine hoist, though not in the way you would expect. The engine and transmission combo were put onto dollies as a unit and rolled under the car’s front half that was suspended using the engine hoist. After removing half of the transmission tunnel, the car was lowered on to the engine/trans, slowly cutting away the firewall to clear the bell housing. Once the engine/trans was in place, custom engine mounts were fixed to the MagnumForce Front K-Member, a custom fabricated transmission mount was made and finally, a transmission tunnel and corresponding floor panels were fabricated.

The front MagnumForce K-Member is fixed with the Transformer tubular A-Arms, a power steering rack and pinion, a massive front sway-bar and Viking Double Adjustable Coil-Over Shocks with Wilwood’s Pro-Spindles and Four Piston Calipers. In the rear resides a Dana 60 with 4.11 gears fixed to the car with Ride-Tech Four-Link featuring Wilwood Four Piston calipers.

Curtis’ goal for the body was to design a pro-touring car that features aspects from every part of the car industry, ranging from the tuner scene to European influences and even vintage and current racing design. The hood design incorporates influences from the Dodge Viper and Challenger Demon. The car does not include any stock body panels or aftermarket fiberglass panels. Every modification to the body was made in house and completely out of metal, which is something they pride themselves on.

The client had a habit of showing up with parts he bought online that he found interesting. One of those was the addition of the aftermarket Jeep gas cap that was placed into the filler panel between the rear glass and trunk. The other curveball was the nearly complete ’14 SRT Challenger interior that he brought in one day. Kathreen, Curtis’ sister, worked her newly found upholstery magic on the seats along with the factory dash, door panels, and her one-off console to create a very cohesive interior to match the modernized take on the exterior. To finish off the interior, an AutoMeter tachometer is affixed front and center accompanied by the rest of the AutoMeter Phantom gauges to keep track of the engine vitals.

The car was finished off in a custom PPG paint job done by Curtis. He drew heavily on the graphics that would have adorned cars like this in the muscle car age, but with some new-age flair. To pull on the modernization and tuner influence, a set of Konig Hypergrams were slightly modified to finish off the overall look. The Cuda was featured at SEMA in 2019.

After three years, the shop has grown to feature two additional employees that are both under the age of twenty-four. They are currently working on eight different projects and are also home to Kathreen’s upholstery business (the Cuda was her first interior). 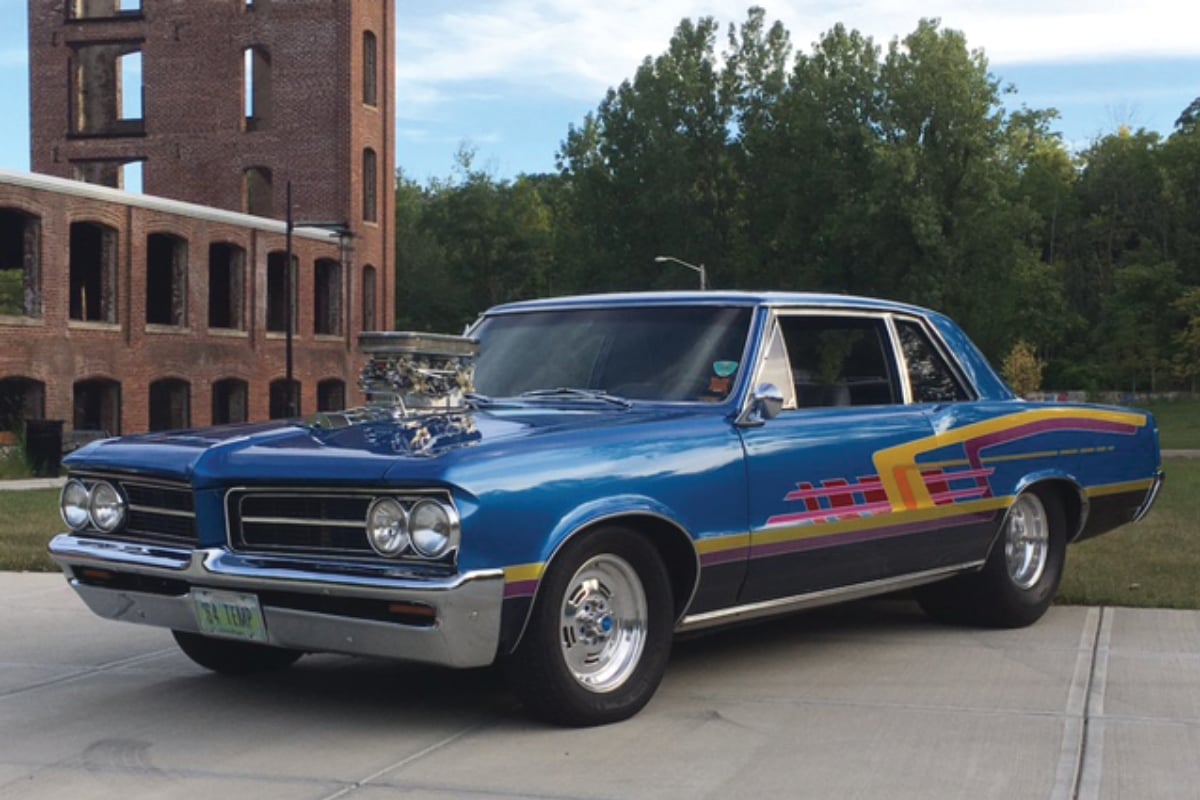