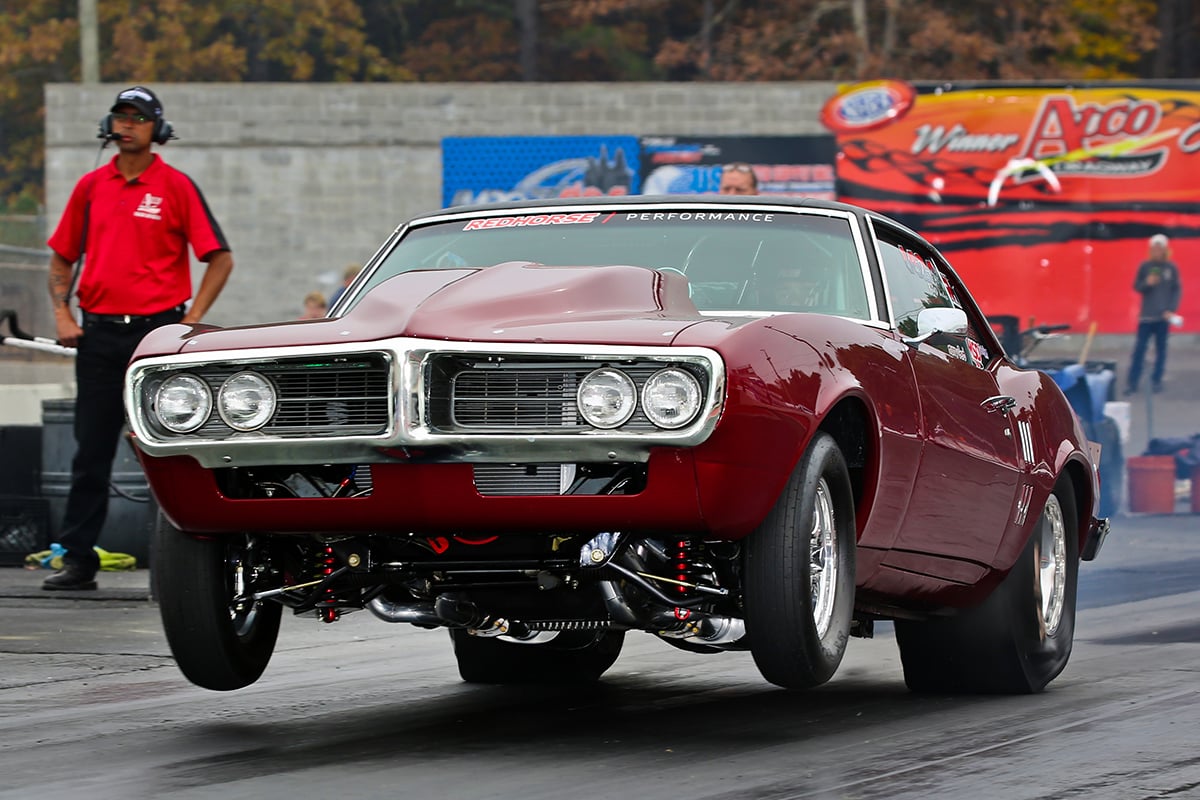 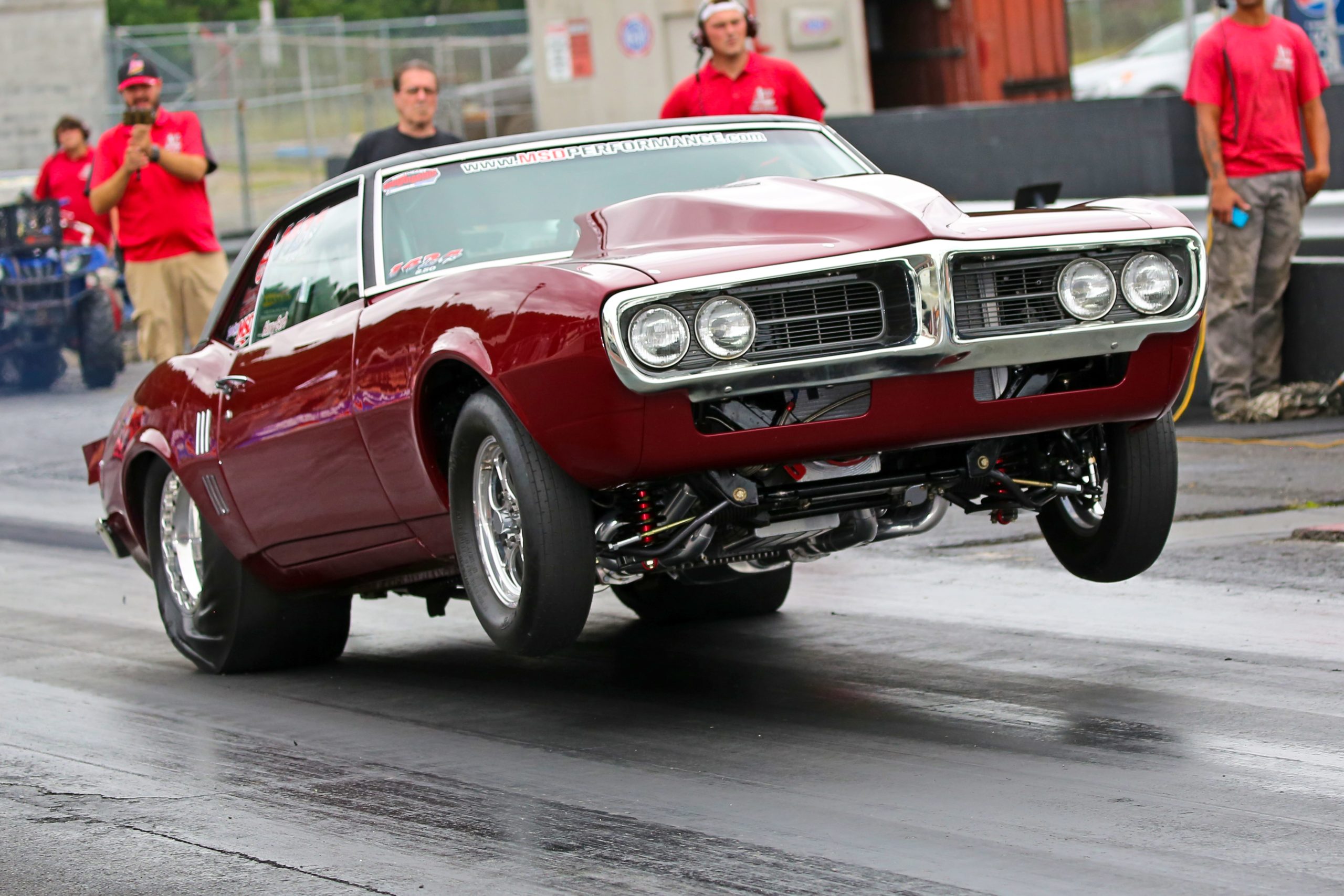 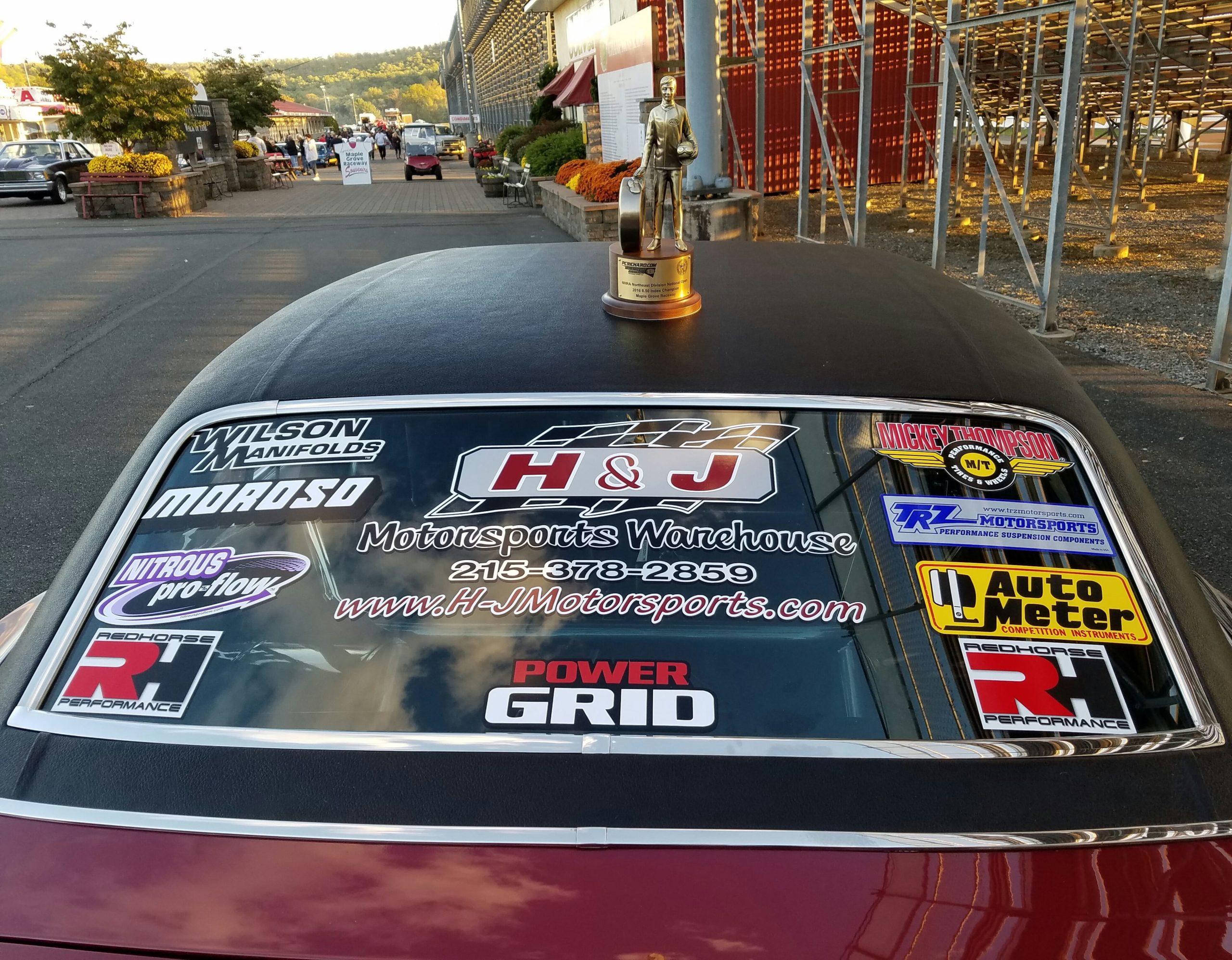 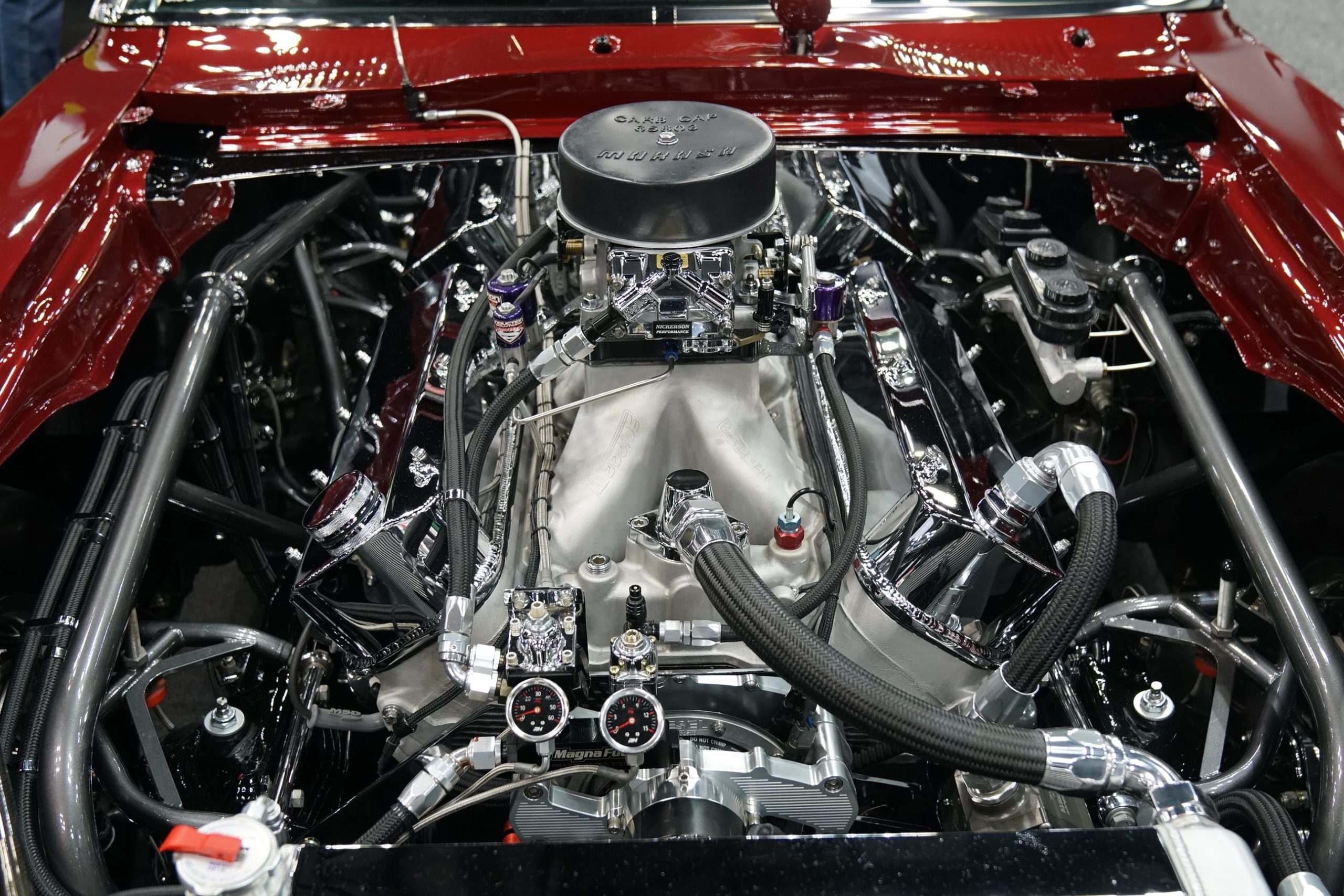 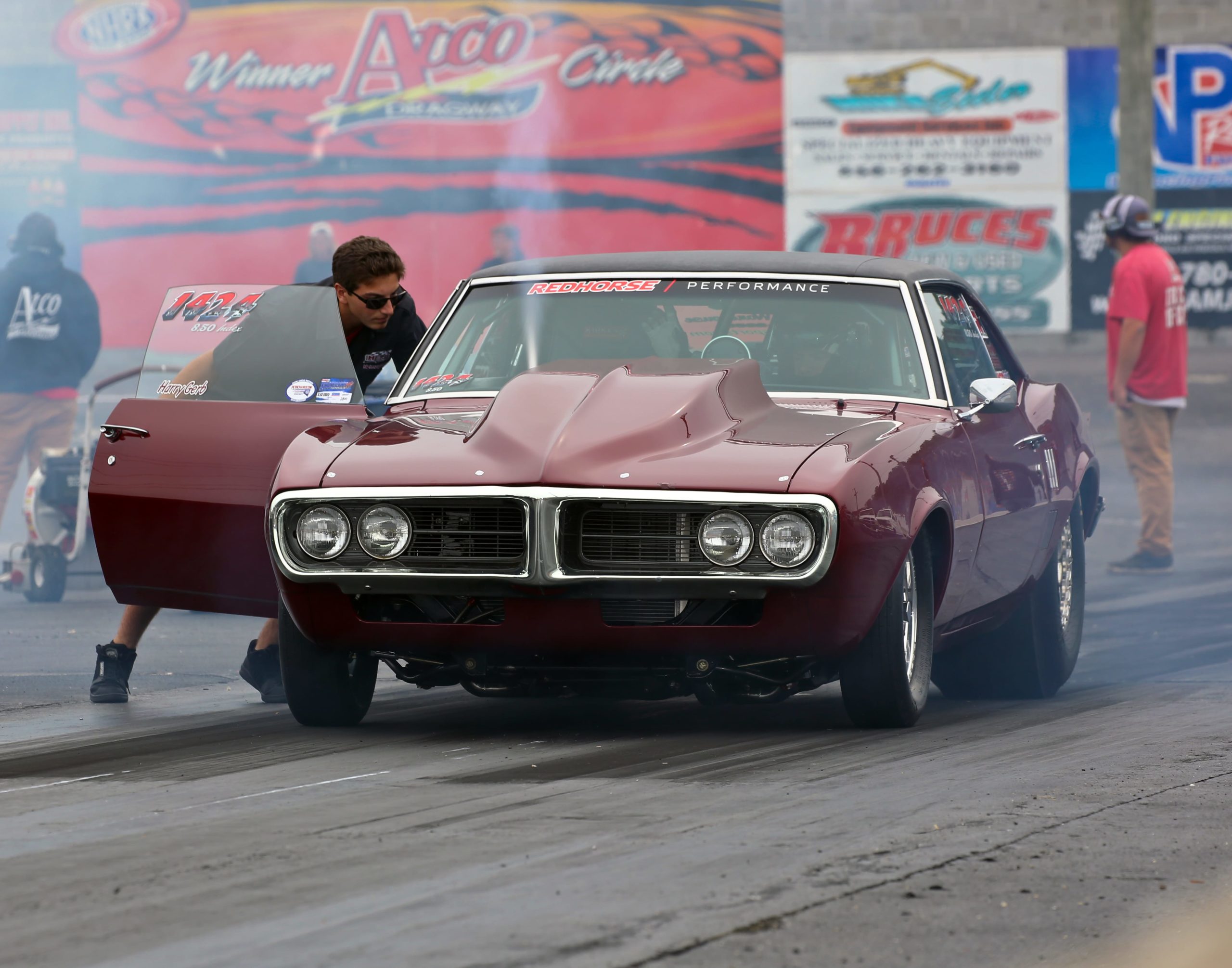 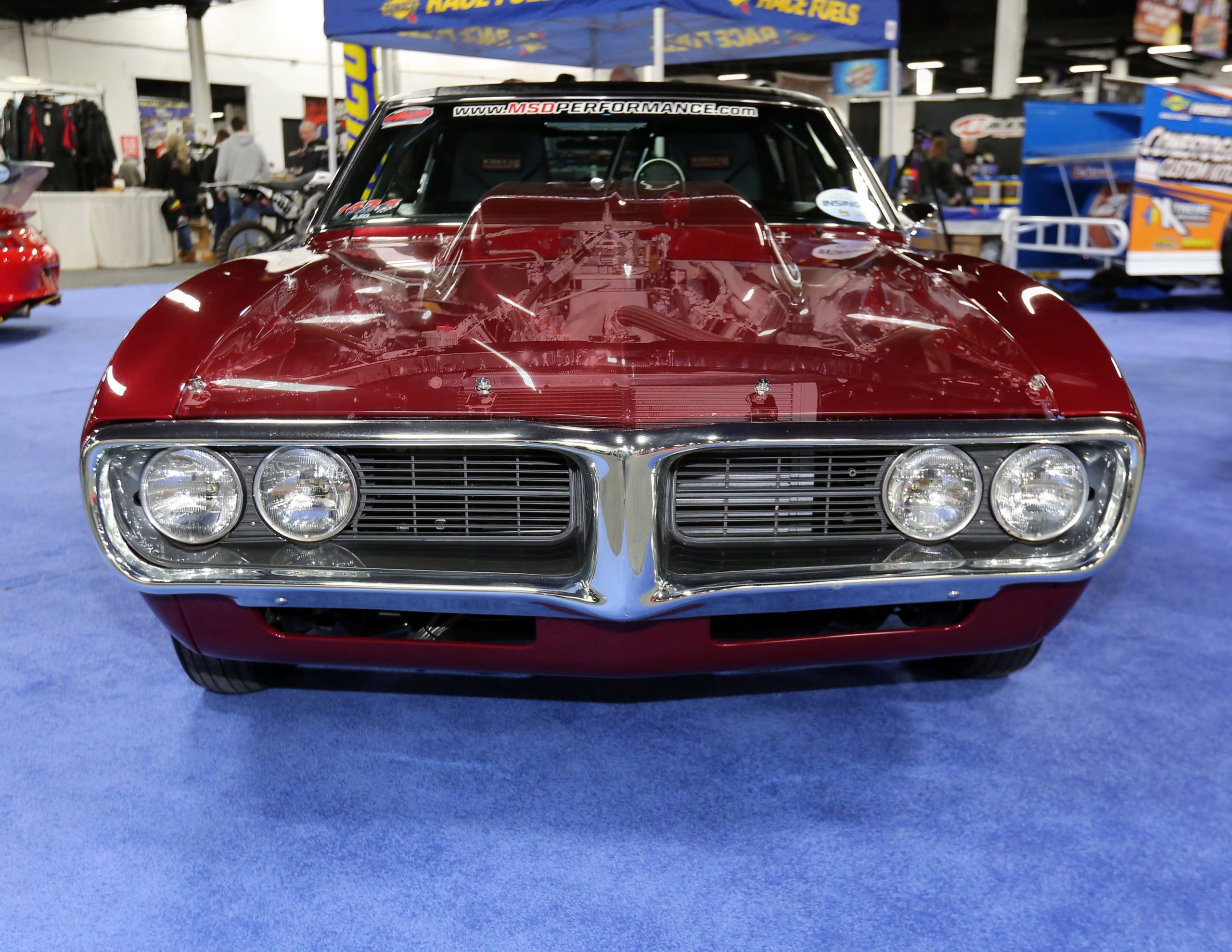 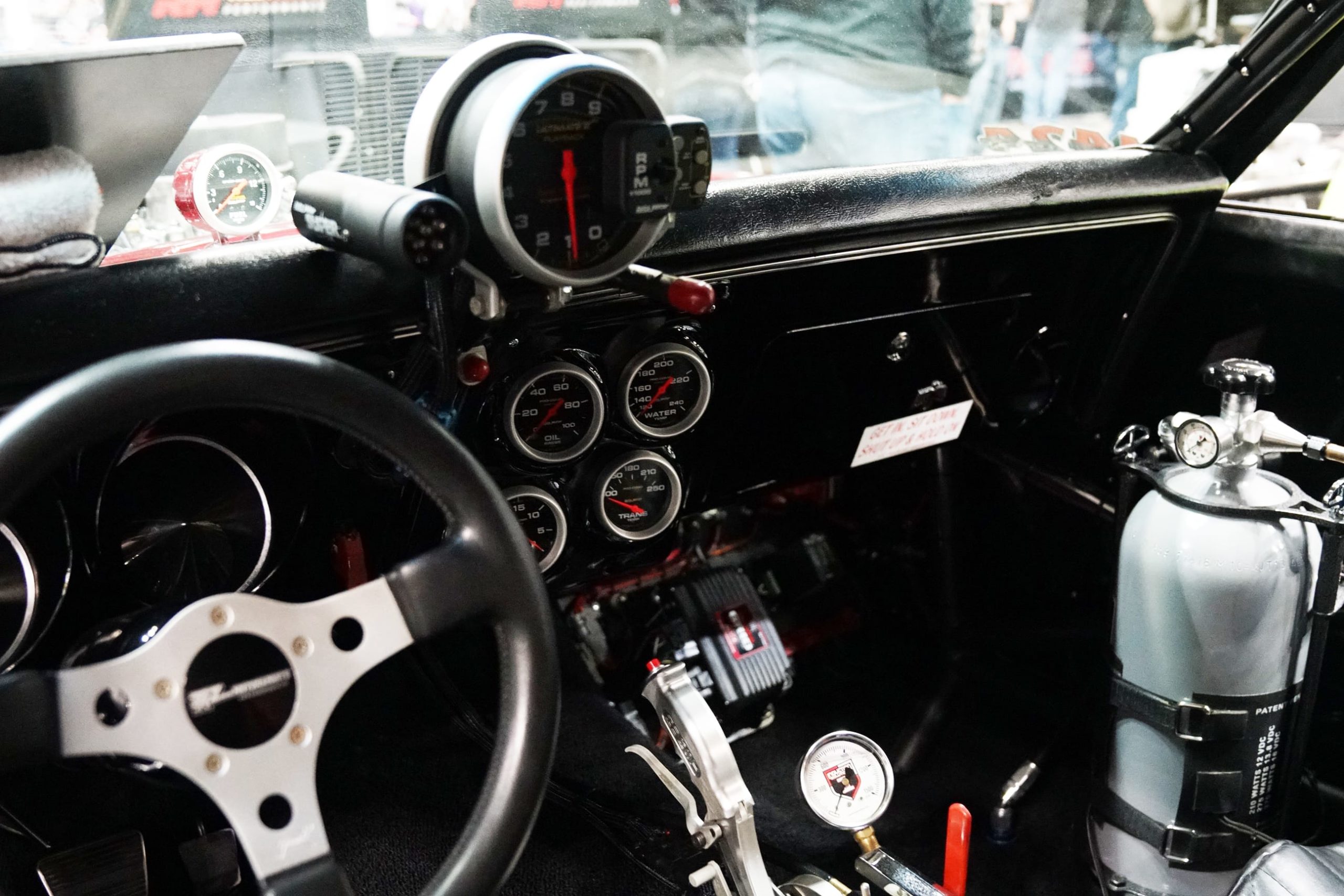 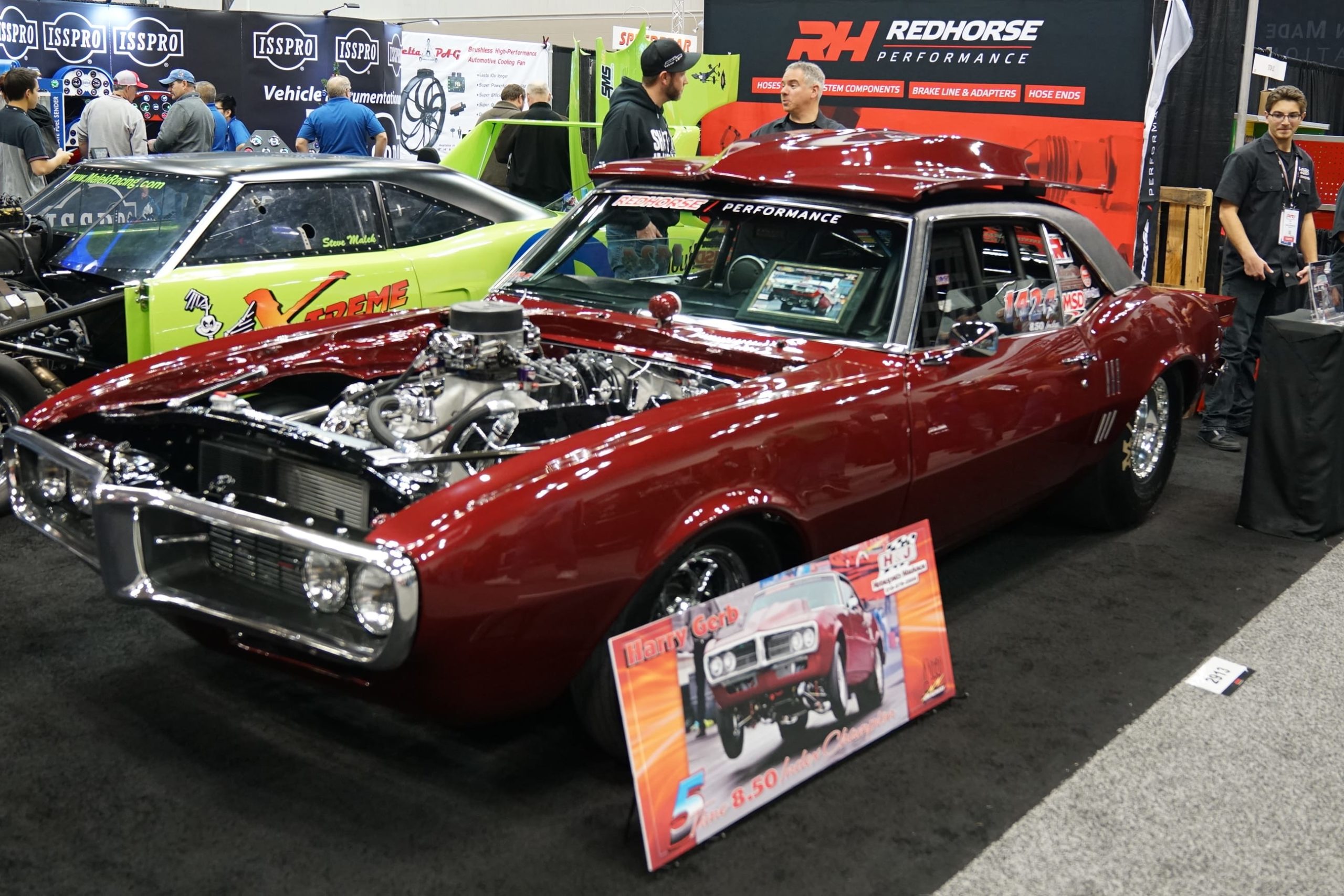 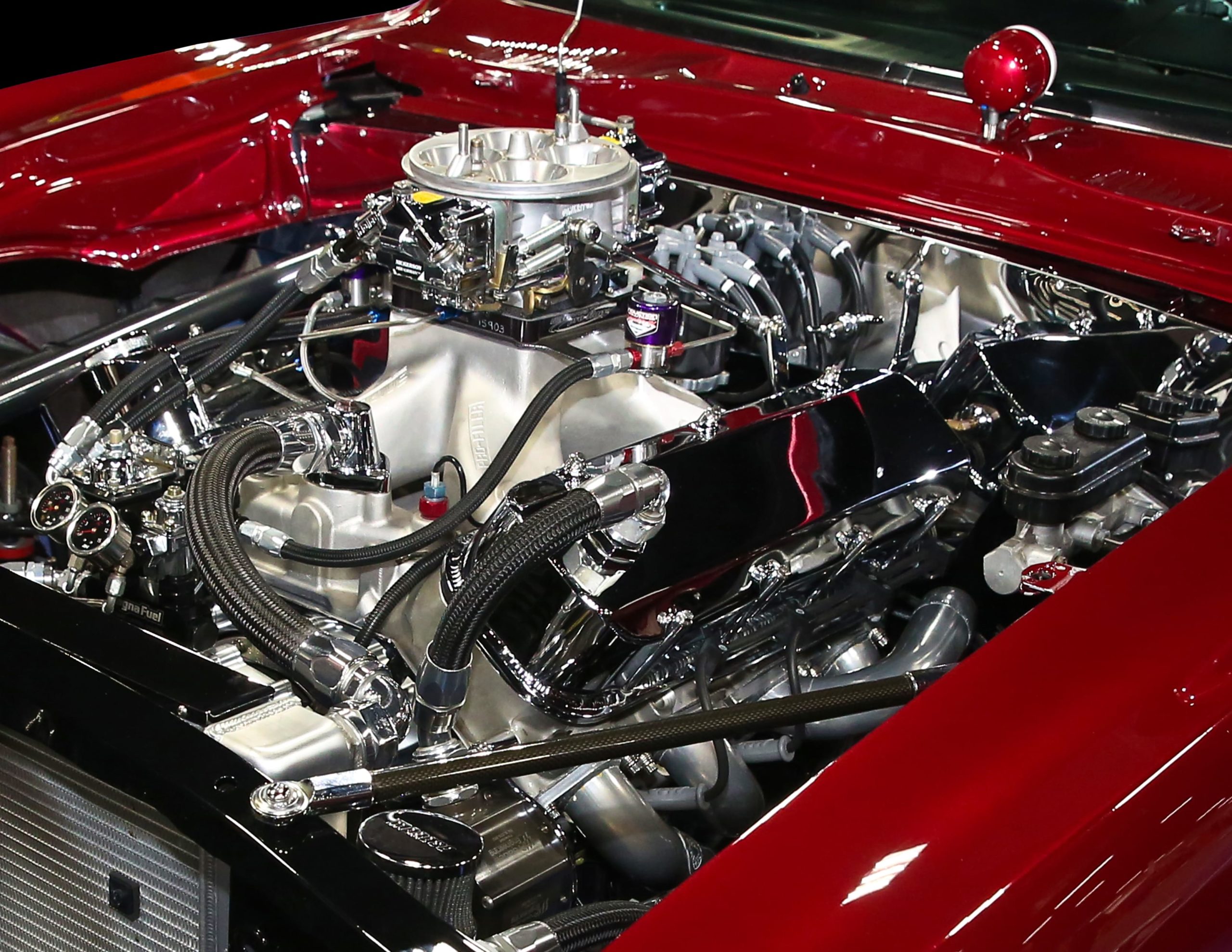 Harry Gerb started building and showing model cars at a very young age. At sixteen, he knew it was time to buy his first car – a 1968 Pontiac Firebird (yes, this same car!). He has now owned it for thirty-four years. From driving it stock throughout high school and college to its current set up as a race car with limited street duty to cruises and shows today, this car has seen it all.

The car has a 565 Big Block Chevy that makes just under 1000 hp and uses nitrous oxide to run in the 8.50 Index class. It features a turbo 400 trans and 9″ Ford rear end that is hooked to a 4-link rear suspension. A full complement of AutoMeter gauges, MSD ignition parts, and Redhorse fittings and hoses make the car come to life!

In 1995, Harry started bracket racing the car. When the Index classes came about in the mid-2000s, this car and his team was a natural fit. Street appearance, no decals on the body and a spec tire no bigger than 33×10.5 were some of the basic rules, so it was a no-brainer for them to make the small changes needed to fit the class.

In 2007, Harry started racing the 8.50 Index class. Right off the trailer, the announcer at Englishtown Raceway Park in Old Bridge, New Jersey was calling him Mr. 8.50. Good race car preparation along with tons of luck made this car very competitive from the first 8.50 event they entered. They lost in the finals that day, but he was hooked on this class and helping it grow.

Harry and his team have raced 8.50 index at seven different tracks on the east coast. The car is very photogenic and has been featured in RPM Magazine. Pictures of it have been widely used at racetracks for promoting events. From time to time, Harry will receive messages from someone he knows asking if he’s run at a track he’s never even heard of that use photos of the car! He gets a good laugh out of it and finds it quite humbly that people like his car so much.

“Our team, my wife Jackie, son Matt and all the friends’ and sponsors’ support have helped us achieve the tremendous success we have had in the last twelve years,” says Harry. They have had multiple #1 qualifying efforts, sixteen overall race day wins, four NHRA “Wally” wins, five track Championships (three of which were in the last four years), and displayed at various trade shows. One of the trade shows they were featured at was the 2019 PRI Show, which Harry feels is one of the most important venues. “We worked very hard to make sure the car looked top-notch for PRI. We felt we needed to represent ALL of our sponsors in the best way possible and for us, the show was an extreme success!” says Harry. In addition to AutoMeter, sponsors include Redhorse Performance, Sunoco, MSD, Nickerson Performance, Santhuff Suspension, Turbo Start, Powermaster, Moroso, TRZ Motorsports, Strange Engineering, Induction Solutions, NGK Spark Plugs and Mickey Thompson.

Even through marriage and buying a house, Harry was never able to let the Firebird go. They have also had others, including a dragster, altered class, and other door cars, but they always kept this one. In addition to the Firebird, they have a 1971 VW Convertible he built for his wife and a 1967 RS Camaro they are building for his son who just turned 18. The shop can get quite full between customer cars and their own, but there is always room for the Firebird!