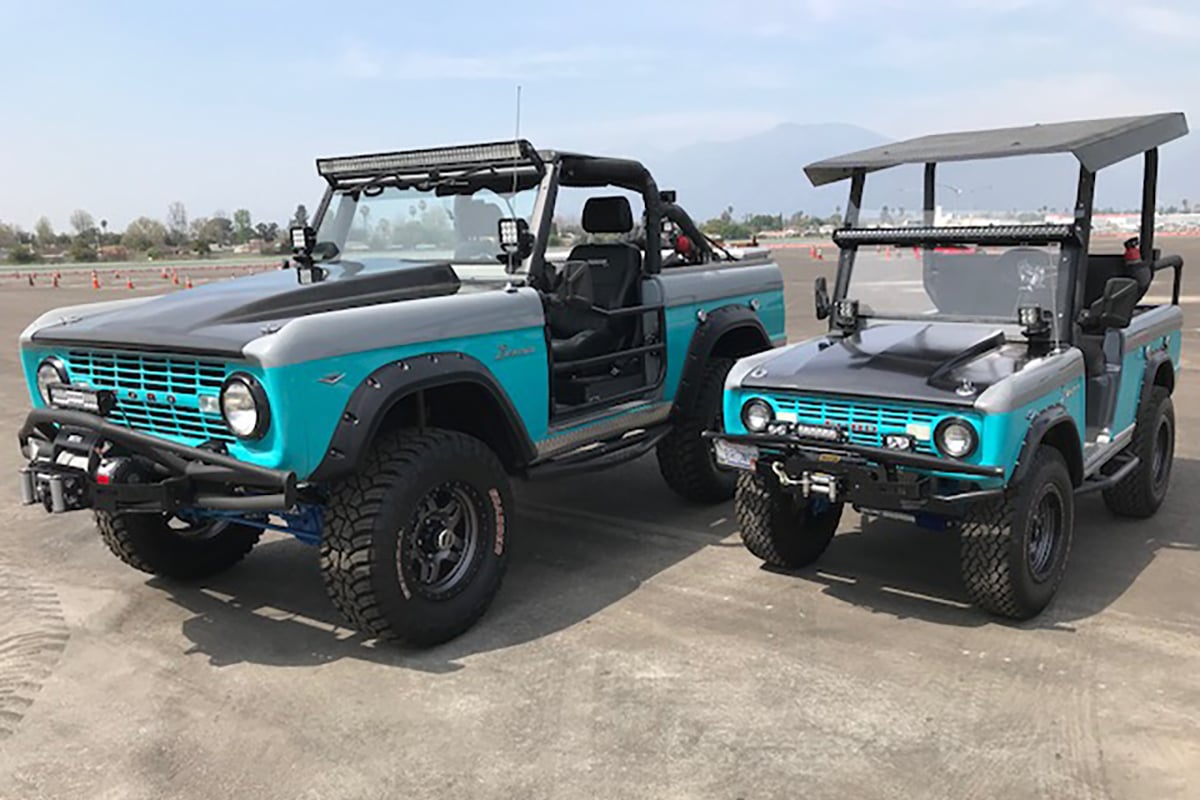 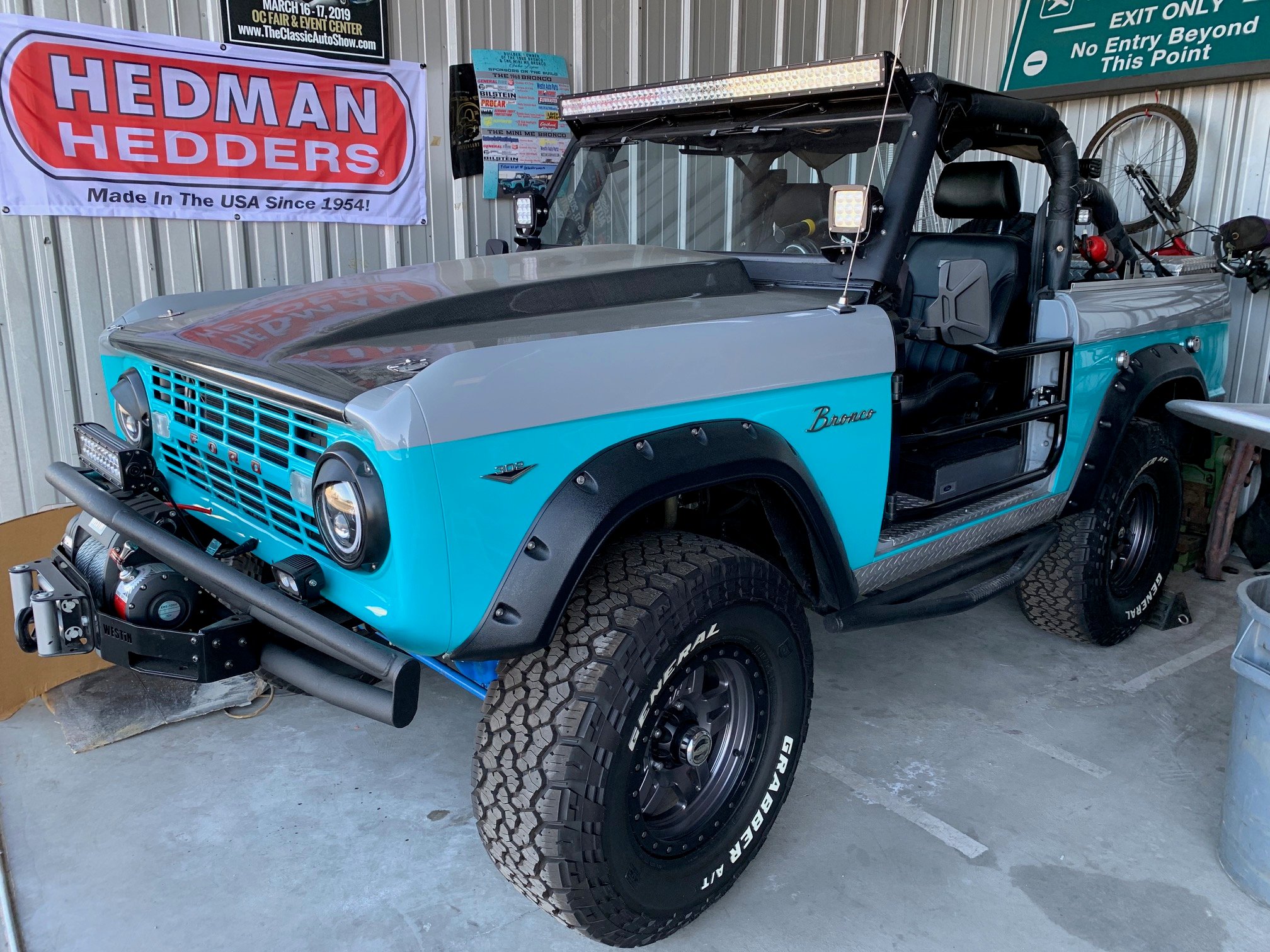 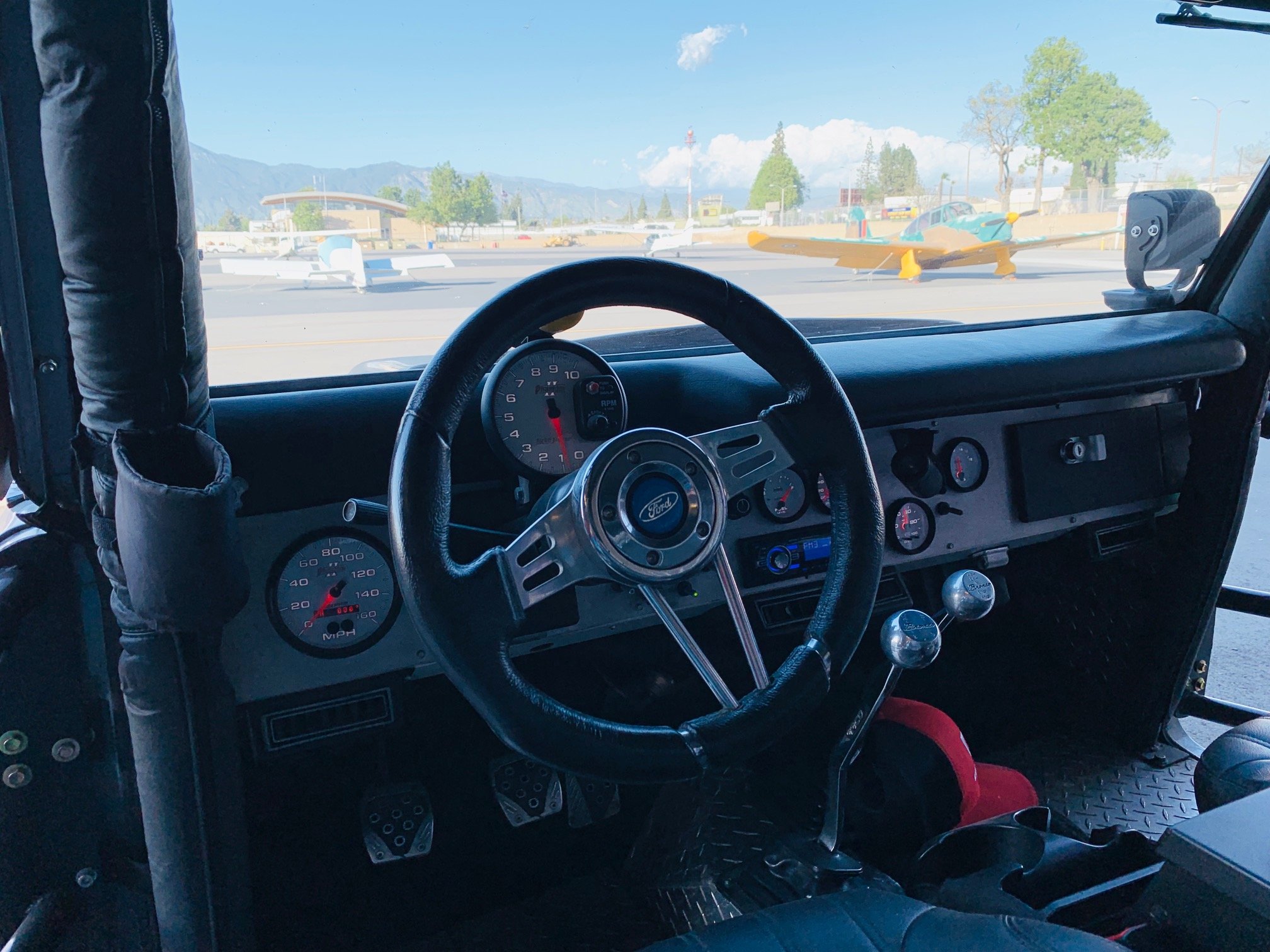 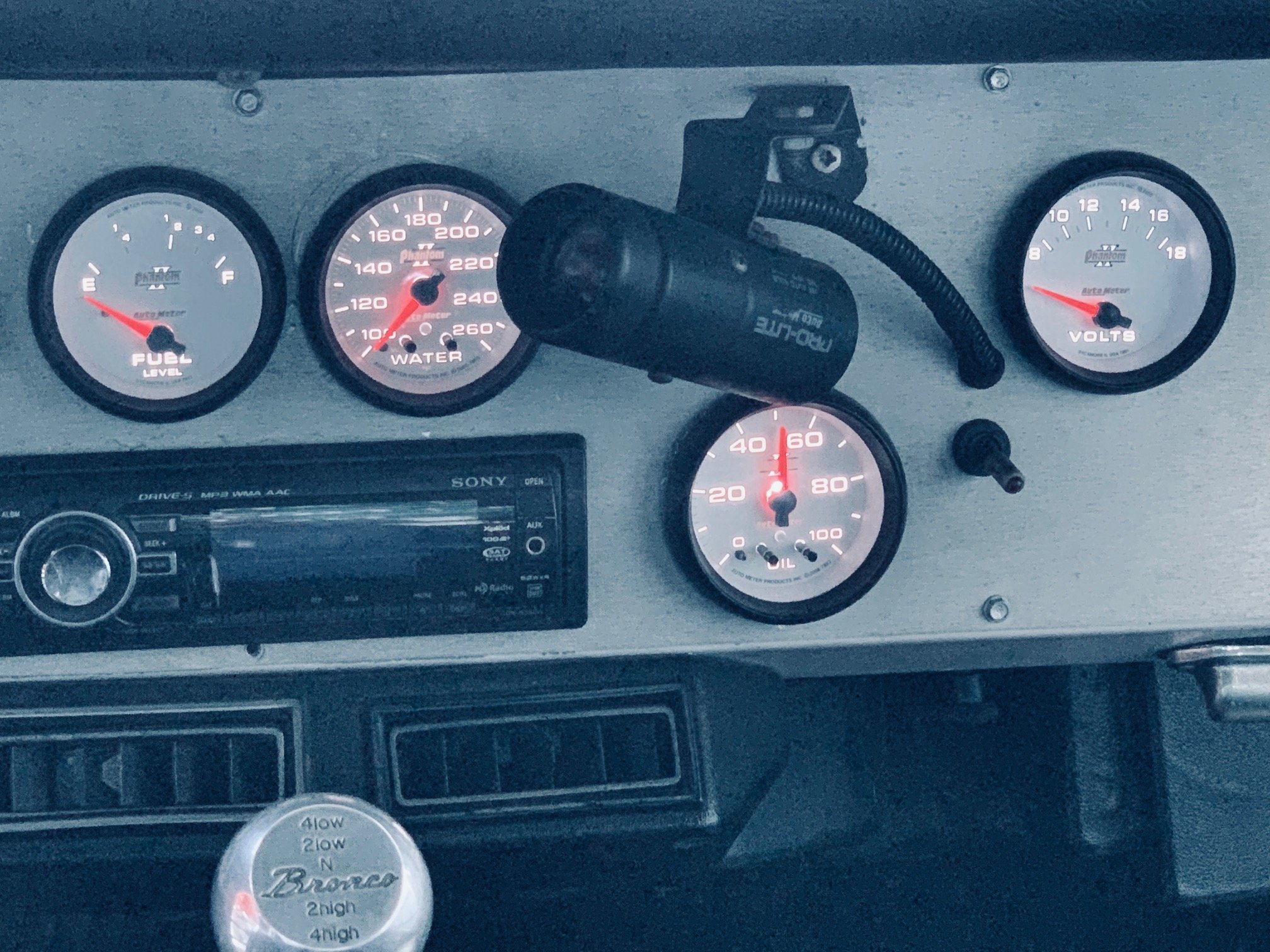 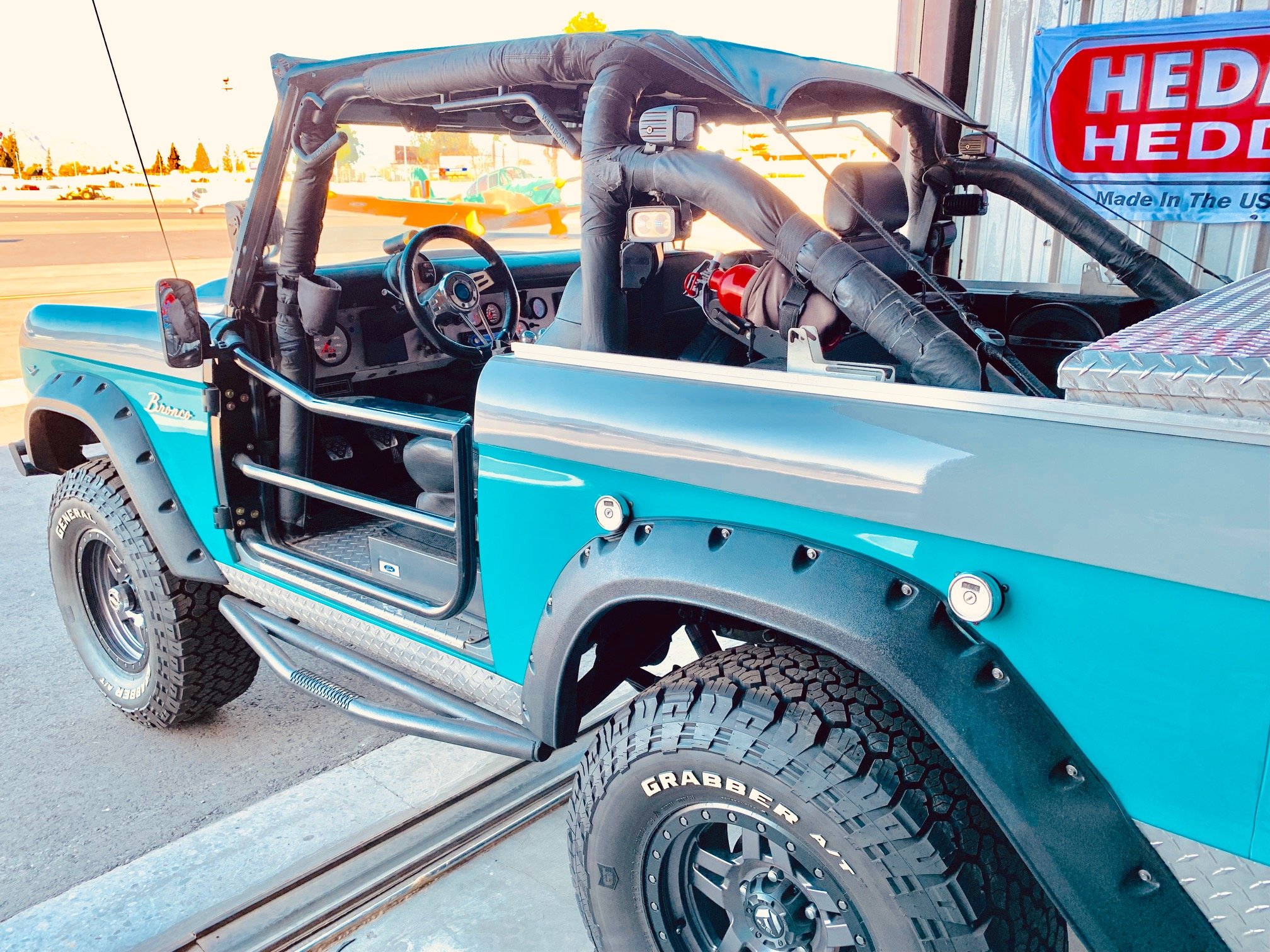 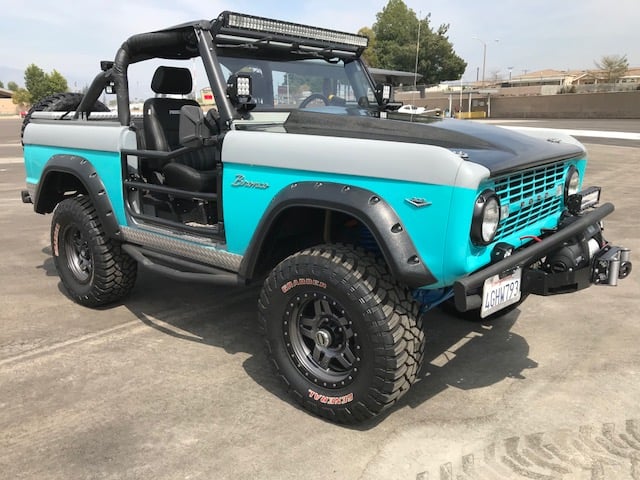 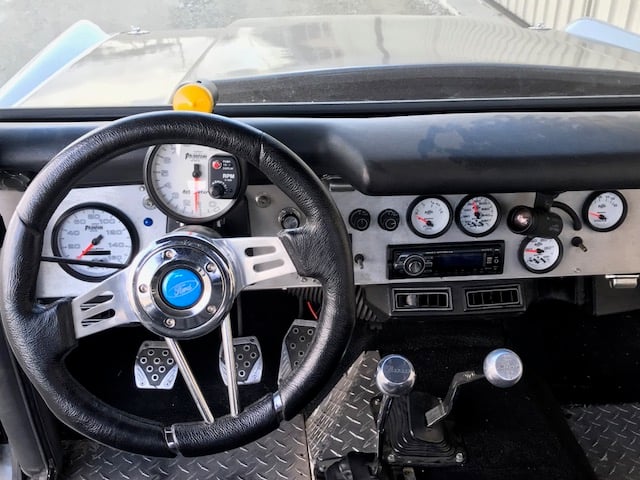 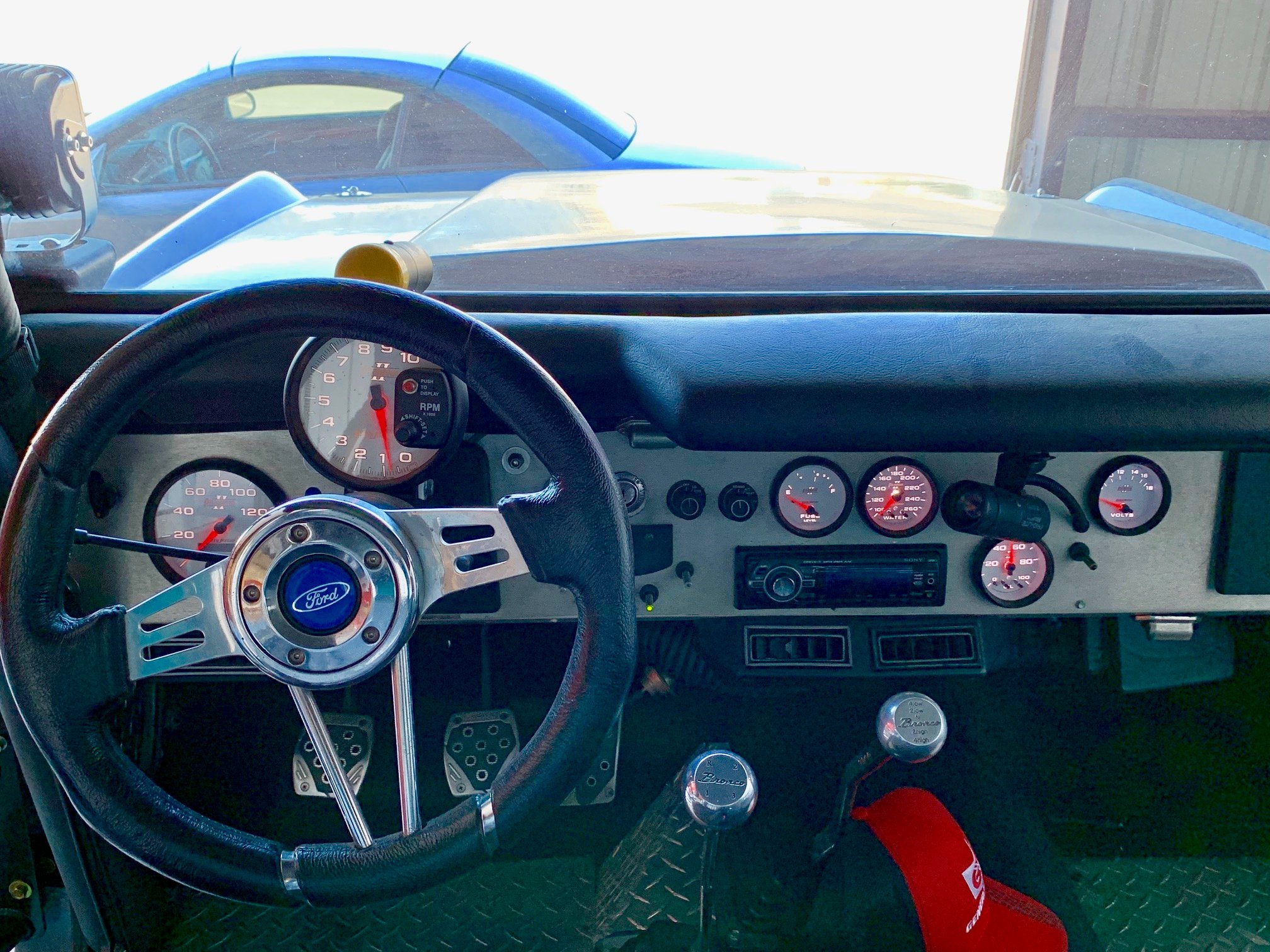 Gabe Lopez wasn’t looking to buy anything when he went to a Car Show & Swap Meet at the Pomona Fair Grounds. There was a guy at the end of the show with a 1968 Bronco and a sign that read “Must sell. My wife won’t let me take it with us”. He was in the Coast Guard and was moving to the Great Lakes, so it was a must sell for him. Since the 1968 was one of his all-time favorites dating back to before he could even drive, he had to stop and look at it. Gabe told him he wasn’t interested in buying anything that day, but he kept insisting that he make an offer. Mind you, it didn’t look anything like it does today. In fact, it was an oxidized red paint and when you came within a foot of it, you were red as well. The only thing that it had going for it was that it ran and the body was straight with no rust. So, Gabe reminded him that he wasn’t even looking to purchase a car and offered him a low price. He kicked the ground about it but agreed to sell it. Lo and behold, one of Gabe’s all-time dreams had come true.

Gabe had already restored over twenty-five cars to date, so he knew the first thing he needed to do was get rid of that old red paint. He came up with a nostalgic, but modern paint scheme and color. The wheel wells were already cut, so the sky was the limit on making it the way he wanted. With the help of many companies (see below for a full list), Gabe was able to build the Bronco he dreamed of.

When choosing gauges, Gabe picked AutoMeter’s Phantom II gauges. He installed them with ease and receives many compliments. As an off-roader, he knows one of the biggest problems with installing larger tires is recalibrating the speedometer. Luckily, the GPS speedometer requires no calibration. As a pilot, he is well versed with GPS and ground speed.

One day while looking at parts on eBay, Gabe came across a golf cart body that was the same year and model as his from CustomGolfCartBody.com. So, of course, he had to have a mini-me Bronco to go along to car shows with the ’68. He found an E-Z-Go golf cart and proceeded on matching the golf cart to the ’68. Being an artist since he was a kid, he really paid attention to the details. Now, he tours them both together at car shows and they are a big hit.

As nice as this Bronco is to look at, Gabe doesn’t baby her. He actually broke both motor mounts the last time he took it to the desert. Gabe likes to go off-roading in the desert in places like Johnson Valley, Hodge Road/Stoddard Wells, California City, and even the trails in the Lake Arrowhead to Big Bear area. California and Arizona lend for a lot of off-roading.