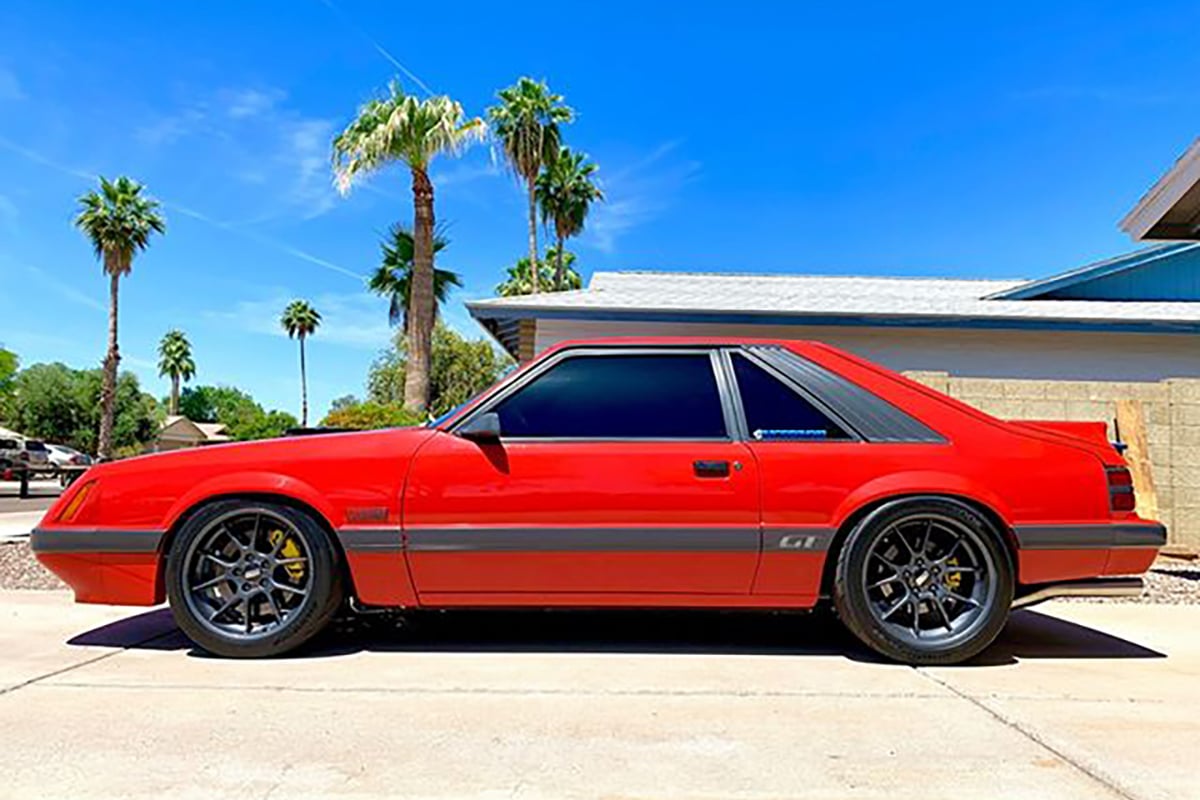 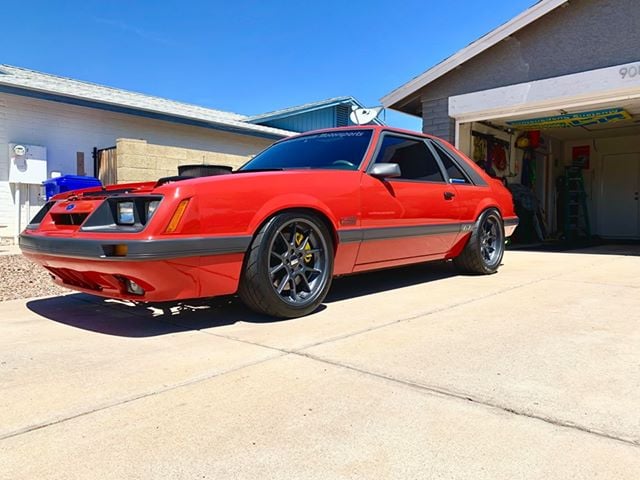 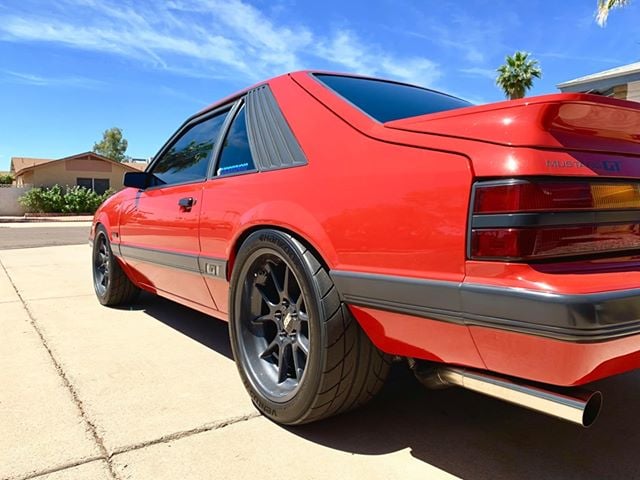 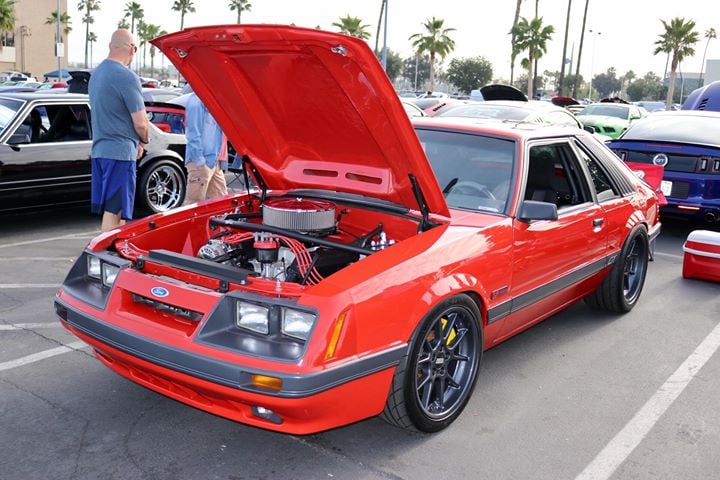 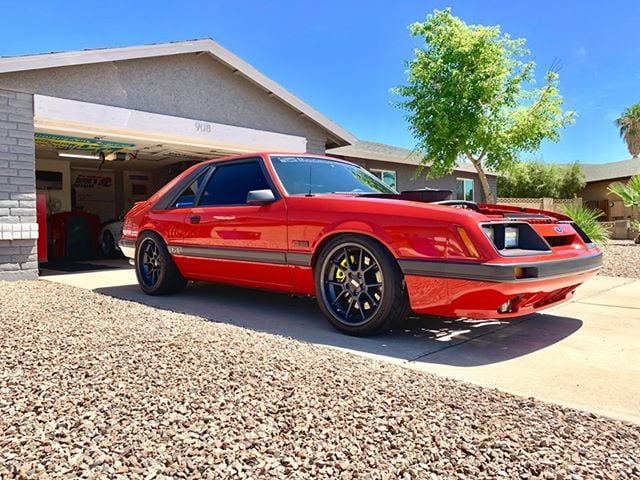 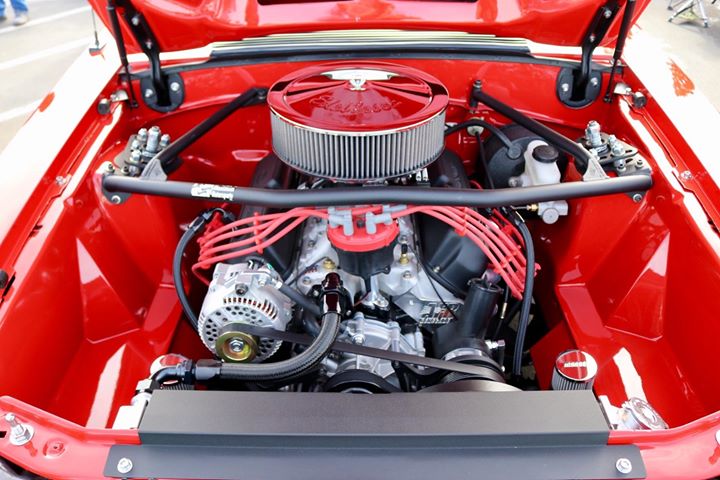 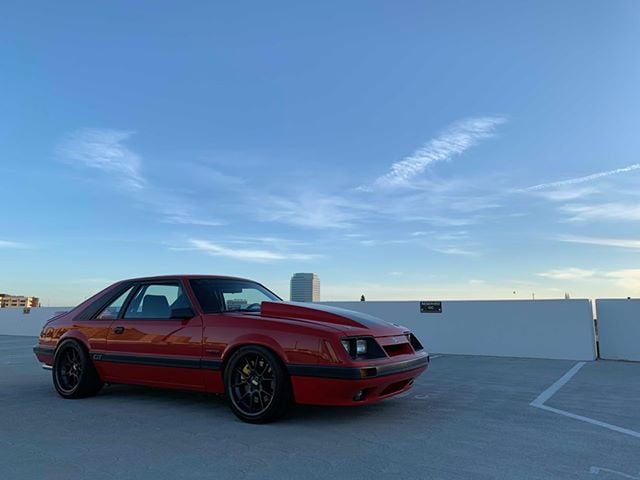 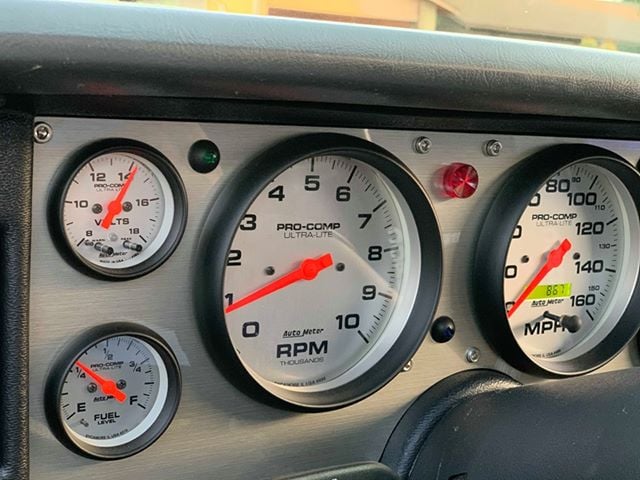 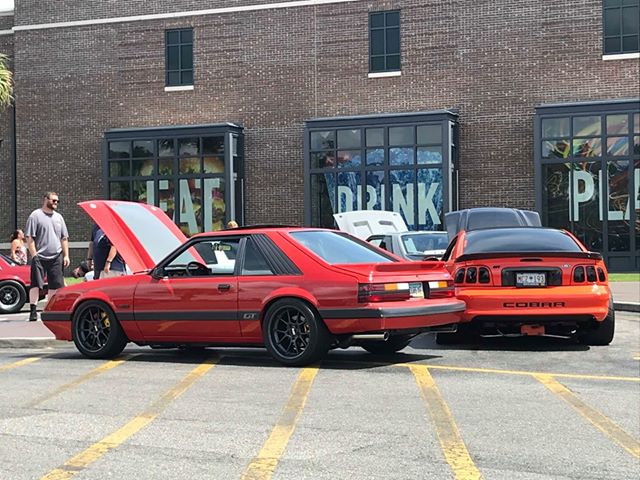 In 1985, Tony Frank’s father worked as a machine repairman at the Ford Plant in Milan, Michigan. A family friend was in the market for a new Mustang, so Tony’s father made his recommendations on what he should get and ordered the car, a 1985 Mustang GT in Jalapeno Red.

Fast forward to 1999 and Tony was in high school and in the market for a muscle car. He knew he wanted a Fox body, but wasn’t interested in the family friend’s car at first. Eventually, he decided the car his father had ordered from the factory fourteen years ago would be the car for him. At this time, the car had only 14,000 miles on it. He made a few modifications to it and then left for college, where the car sat in his parent’s garage even years after he graduated.

Tony had the car shipped down to Arizona. Throughout the course of time, he had thoughts about selling it several times and came close to it in April of 2015. A month later, he decided to do a few upgrades to it. As time went on, the car was torn apart entirely and he was in the middle of a full restoration. He spent the next three years doing a full rebuild, where not a single nut or bolt was left untouched. His dad had even flown down to help him push through the overwhelming project and finish in time for the 2018 Fabulous Fords Forever show. Today, the car still only has 23,000 miles on it.

Tony’s gauges are also customized with matte black bezels. You can follow his build on Instagram or through his build thread.