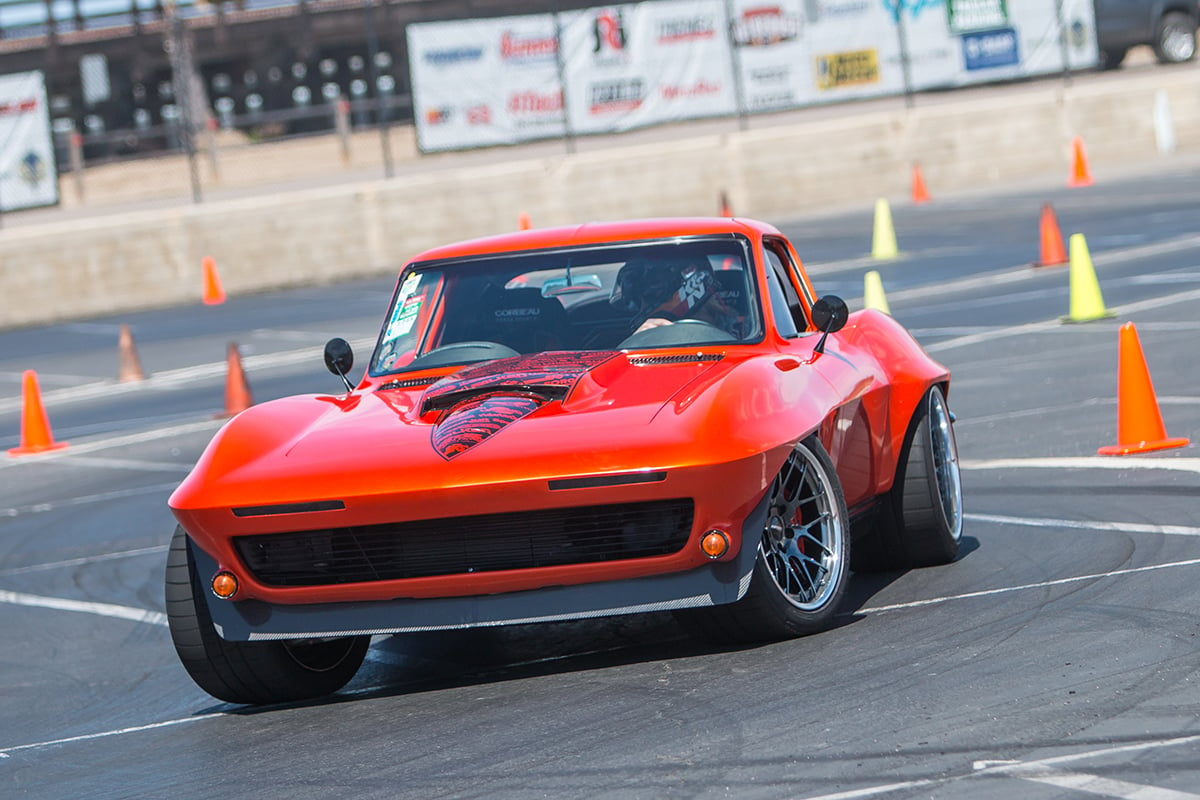 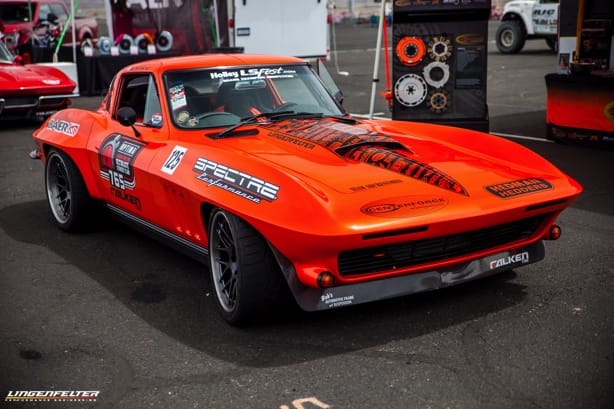 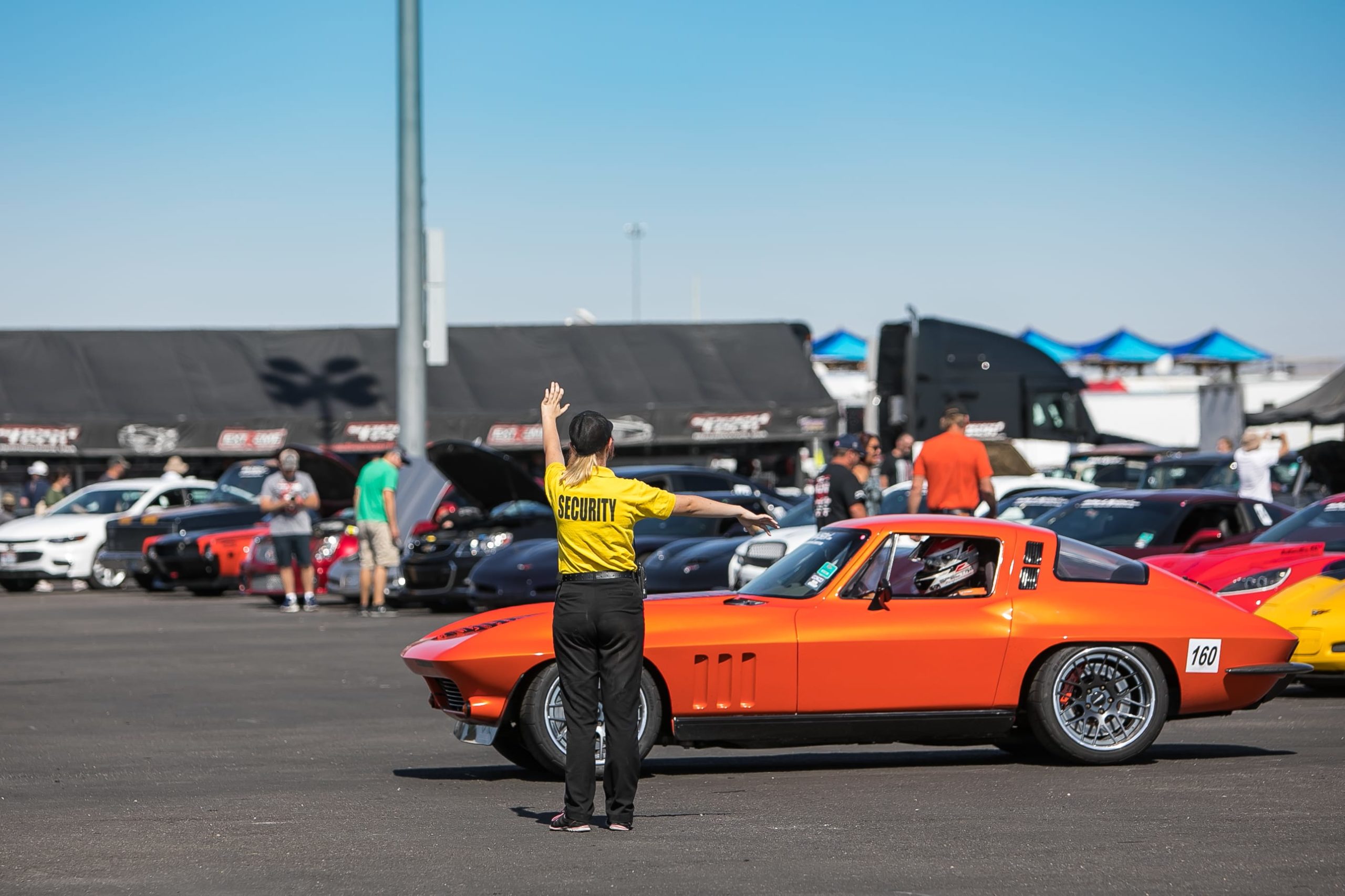 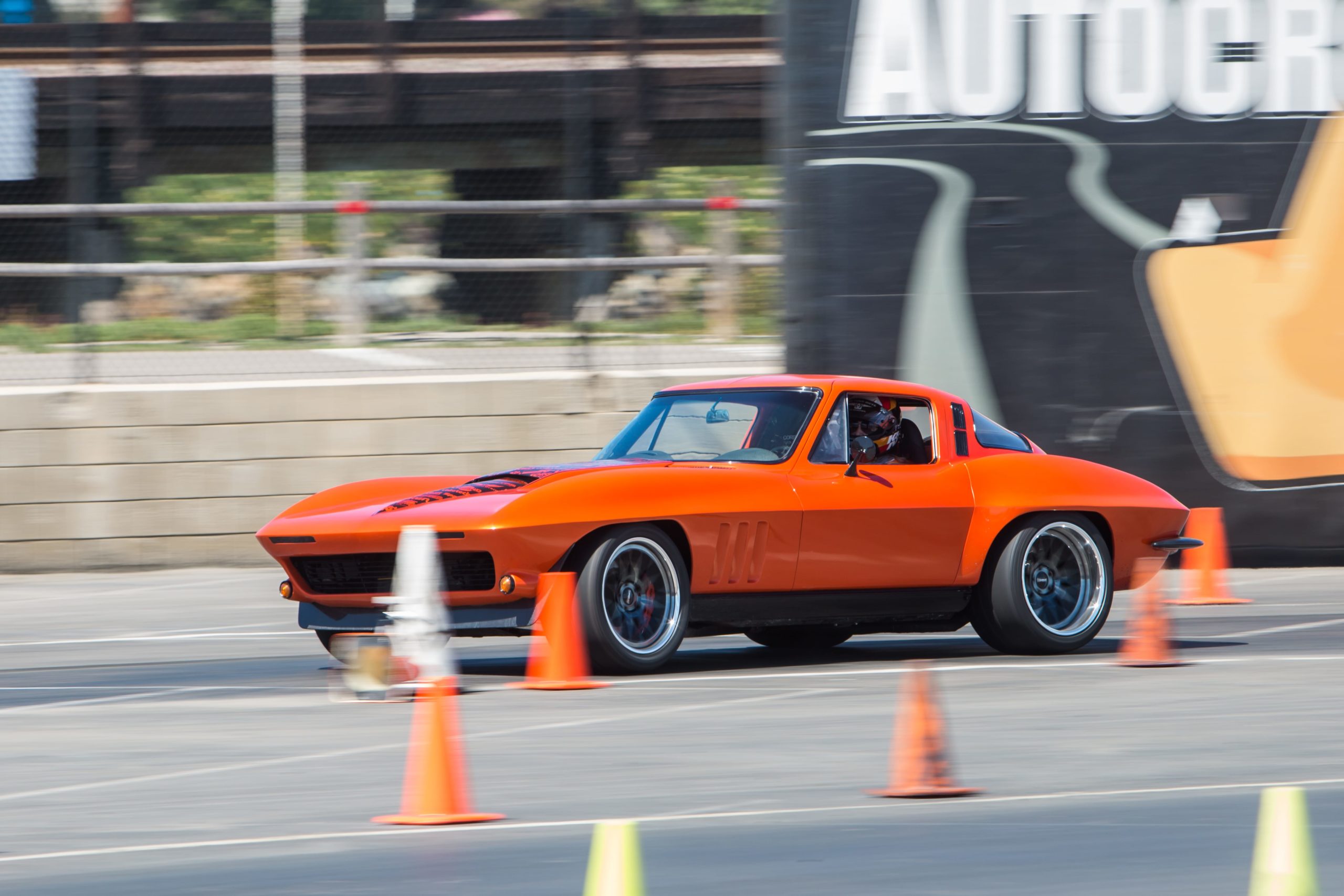 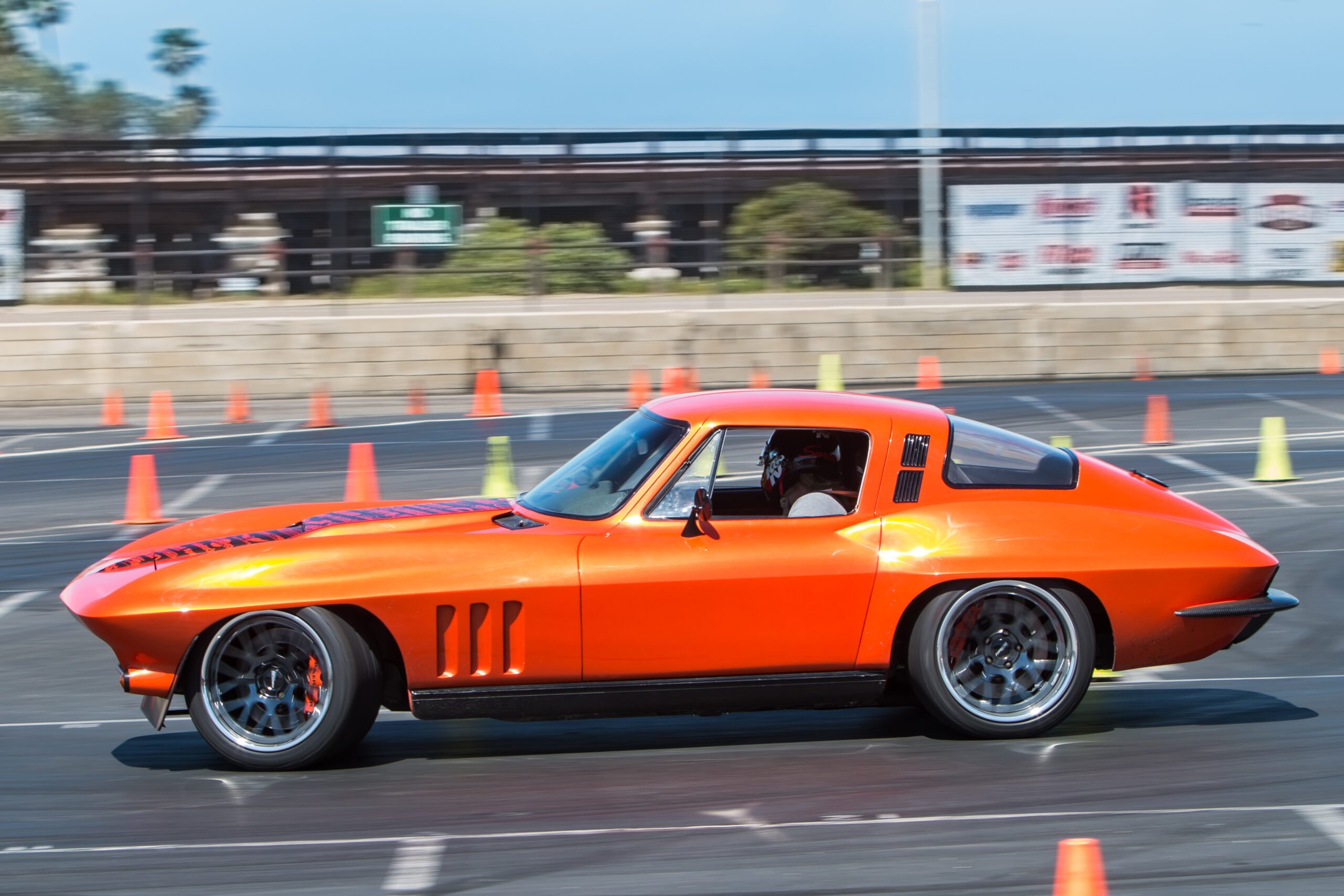 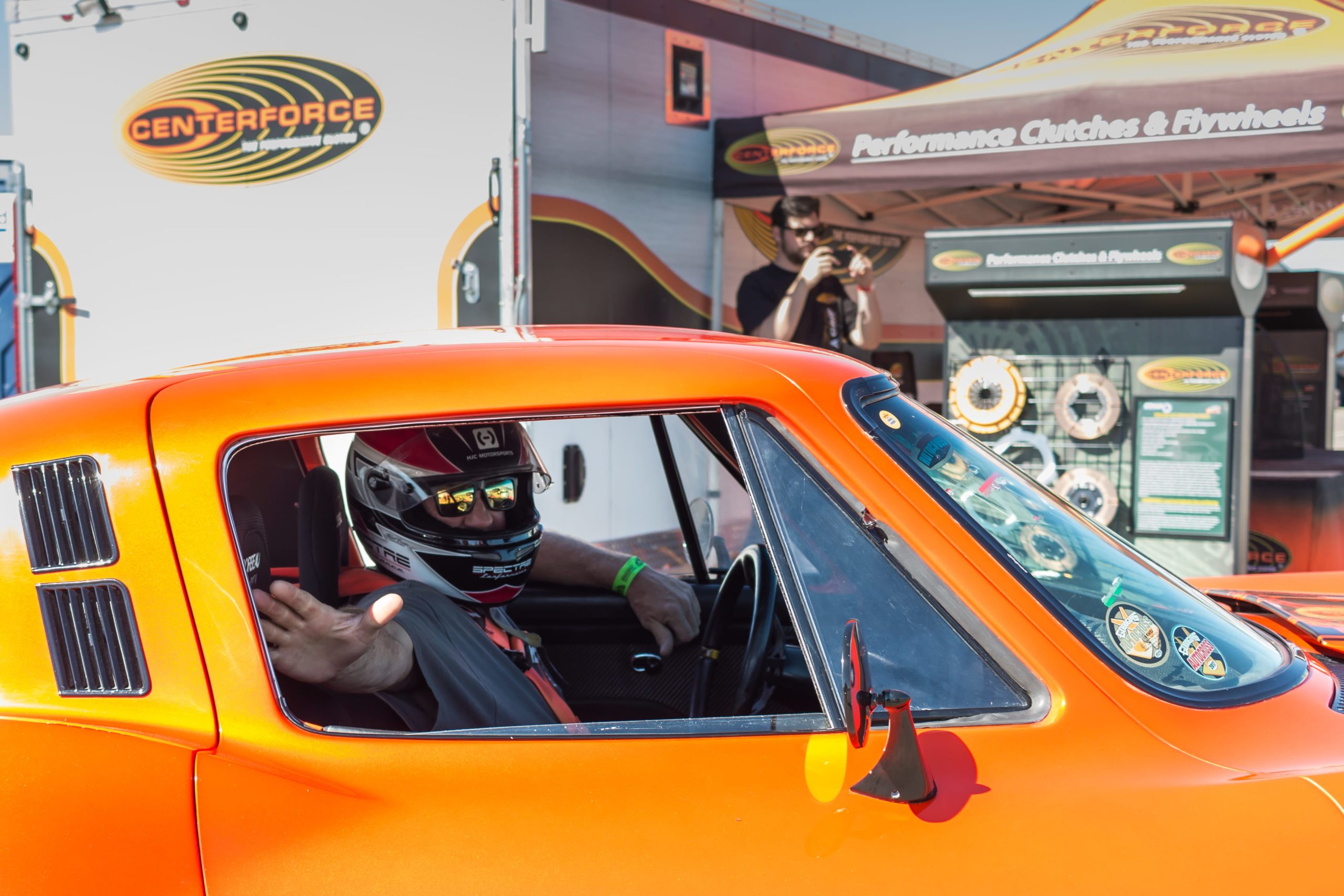 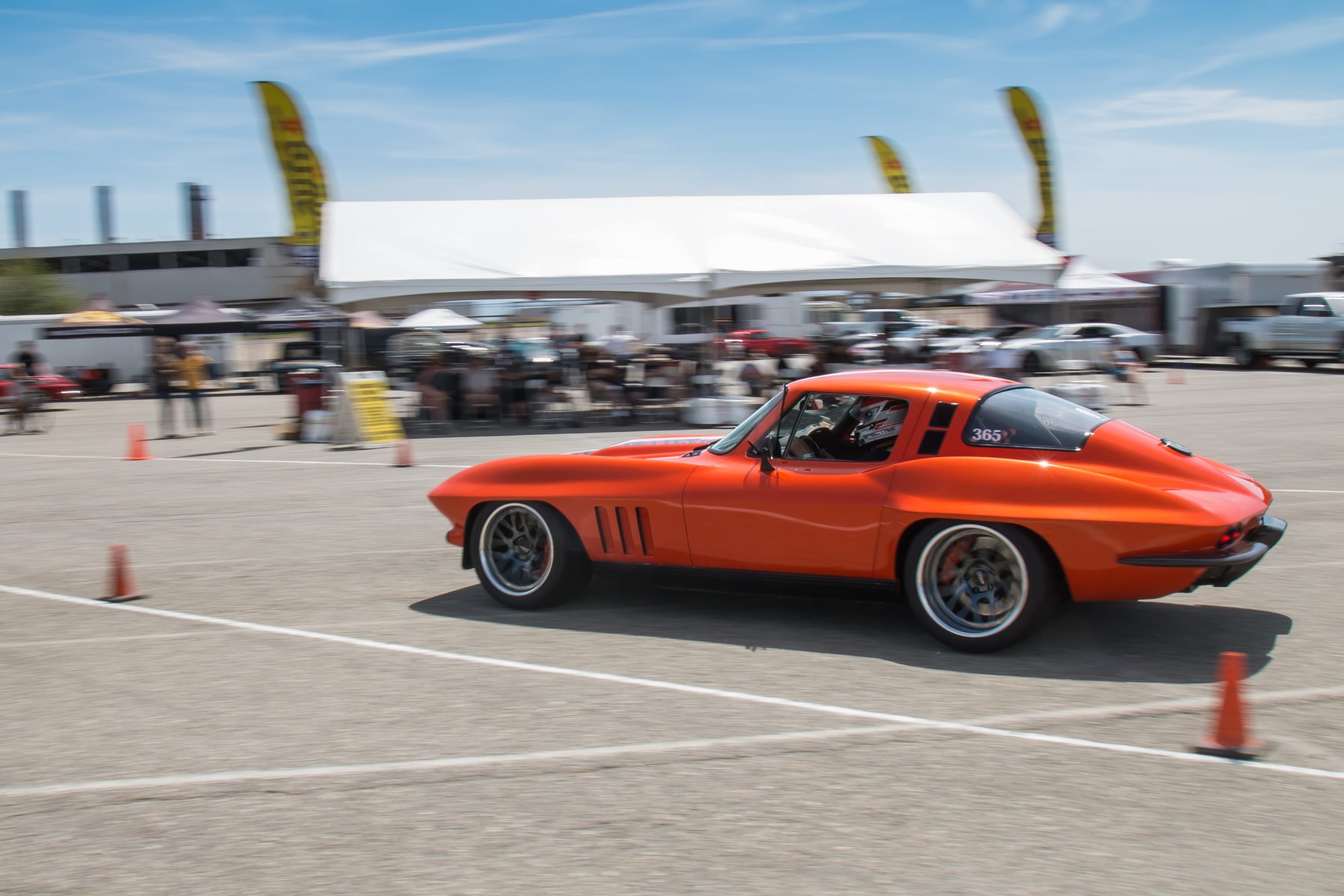 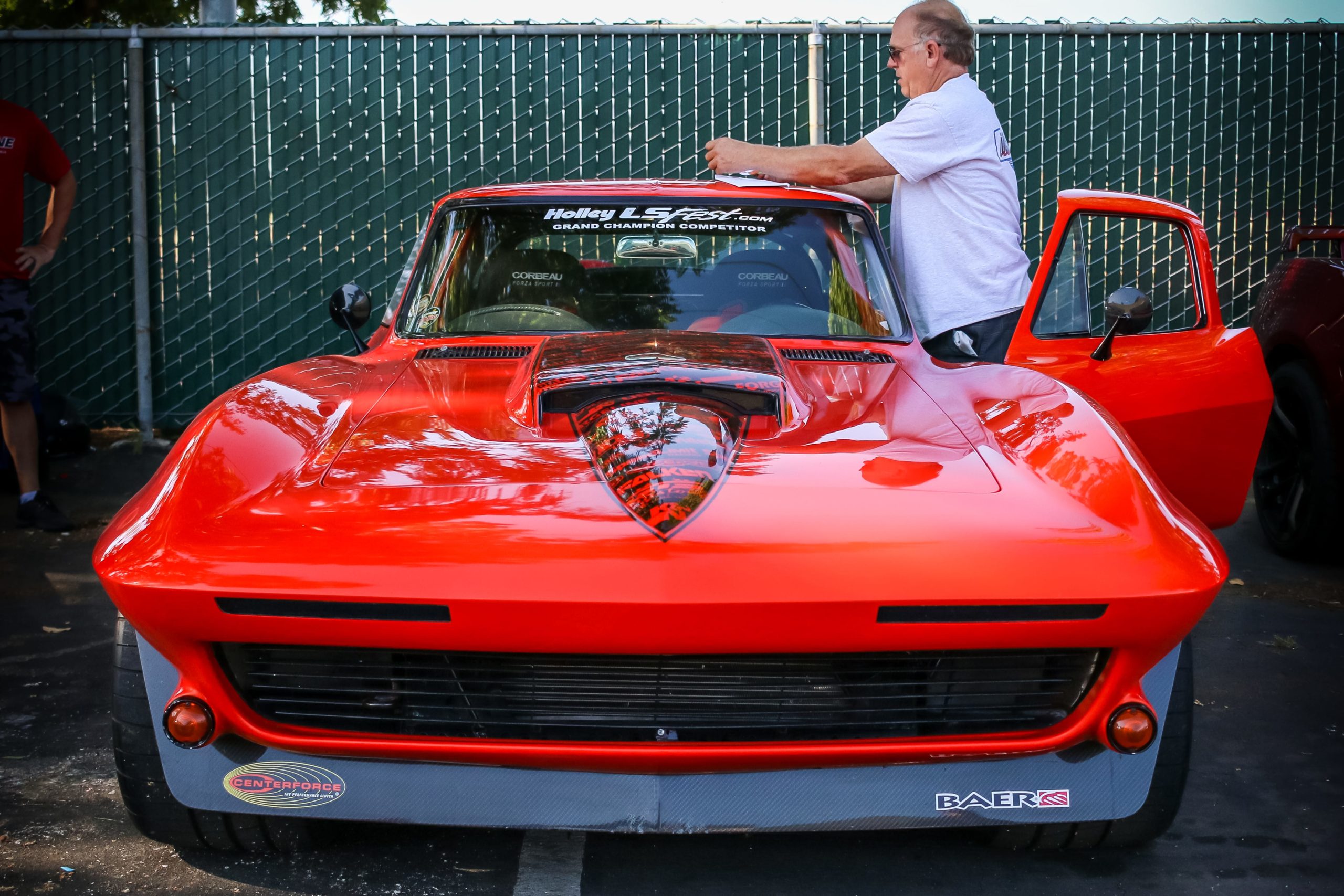 Greg Thurmond started racing bicycles when he was twelve years old and then moved onto dirt bikes and ATV’s in his twenties. He had great success at ATV racing and won a championship in 1982 with the AME racing series. Work and family took over and he didn’t race again until he was in his fifties. Greg is a car builder by trade, so building cars for himself is not a struggle. In 2013, his chassis supplier invited his wife, Jane, and him to race their 1964 Corvette “Scarlett”, which is their shop car, at a Goodguys Autocross event. He won in Street Machine Class and they were both hooked from then on. The cars they build in their shop make great race cars, so it was a perfect fit for them. It was life-changing for him going from an empty nest to a life filled with adventures every month.

In 2014, a friend acquired a 1965 Corvette in a huge barn find in Apple Valley, California. He knew Greg was into Corvettes, so he secured the car for him. The cost was $5,000, which was unheard of, but it wasn’t very pretty. The car had been modified for drag racing in the sixties. It likely hit a wall and was retired, sitting outside in the desert deteriorating ever since. They had acquired some great sponsors by this time and decided to campaign to all of them to help build the Corvette, which they named Scar. The results were incredible. All of their sponsors were on board and Spectre Performance asked them to put Scar in their booth at SEMA in 2015. At the first day of the SEMA show, they were presented with the first invite to Optima Batteries Ultimate Street Car Invitational right after the show at the Las Vegas Motor Speedway. Scar has been out running between twelve and fifteen events a year ever since while enjoying numerous victories and an NMCA 2018 Classic Muscle championship.

This year, Greg took some time to learn more about suspension geometry and chassis dynamics, which helped greatly in fine-tuning Scar’s suspension. He went ahead and made changes to the geometry to gain adjustability of the role centers, as well as making changes to the shocks, springs and sway bars. He also changed out some bushings for bearings on the suspension components that had not yet been done yet. Greg also changed the weight bias. Scar has got more grip than ever now and he’s looking forward to using what he has learned to further develop Scar’s suspension adjustability.

Greg would like to thank his sponsors that have helped in some way this year such as AutoMeter, Spectre Performance, Ridetech, Falken Tire, Baer Brakes, Centerforce Clutches, Hedman Hedders, Lingenfelter Performance Engineering, DJ Safety, Forgeline Wheels, Black Widow Exhaust, Optima Batteries, K&N Filters, PowderCoatWheels.com, Coffman Corvette, Martin Auto Color, and Corbeau Seats USA. Racing is something he is very grateful for and will continue to do as long as he can.

“I’ve been using AutoMeter instruments in my builds and my own cars for over 30 years. I haven’t had any failures yet,” says Greg. “That is a pretty amazing statement to be able to make. The quality, price, and selection are beyond what any other competitor can offer. There is no reason to look anywhere else regardless of what you’re building. I recommend Autometer as they are my first choice in instruments!”

For updates on Greg and Scar, check out his Instagram and his shop’s Facebook, Outrageous Paint by GTS Customs.