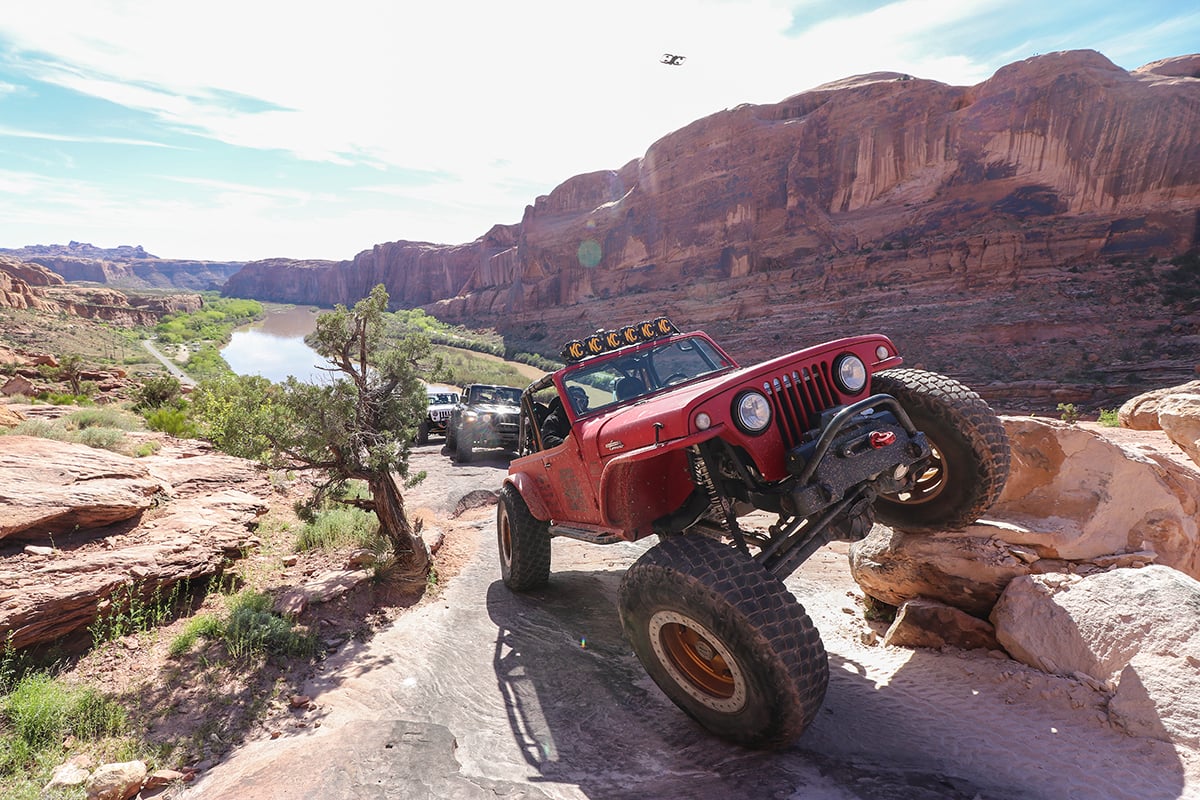 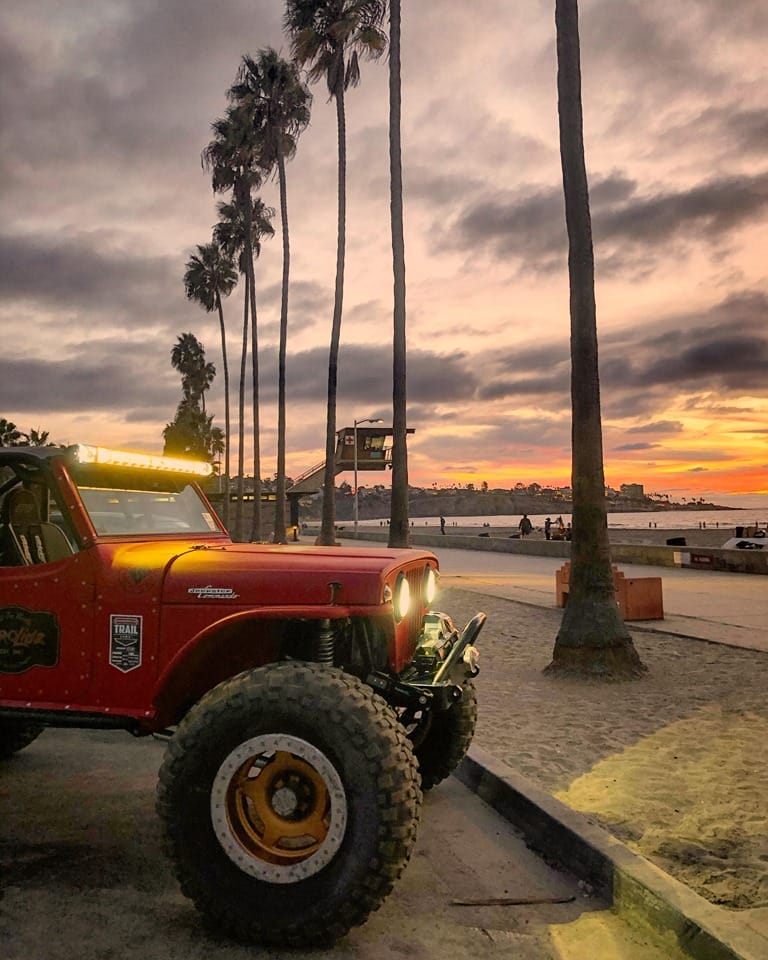 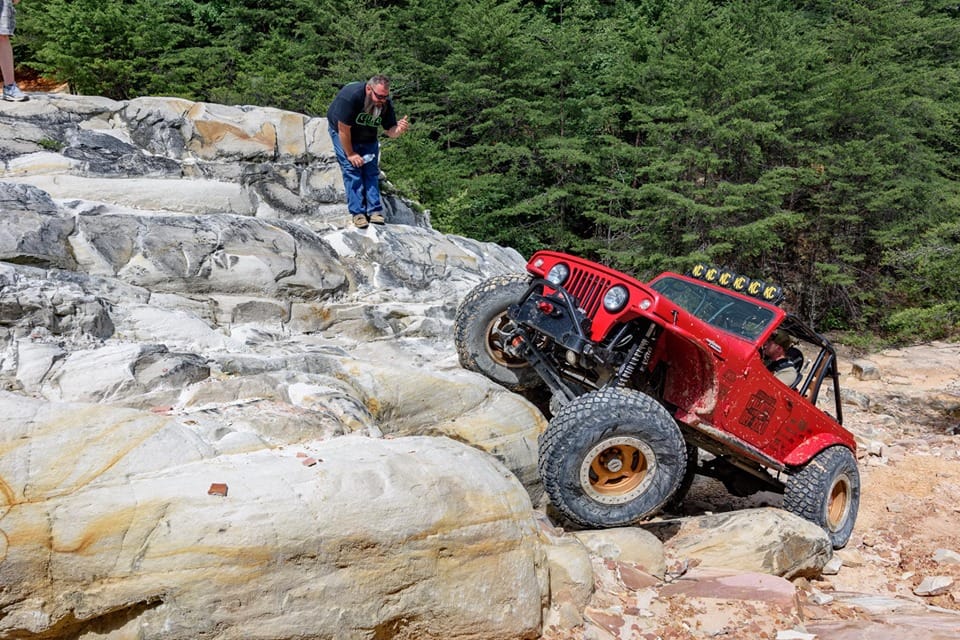 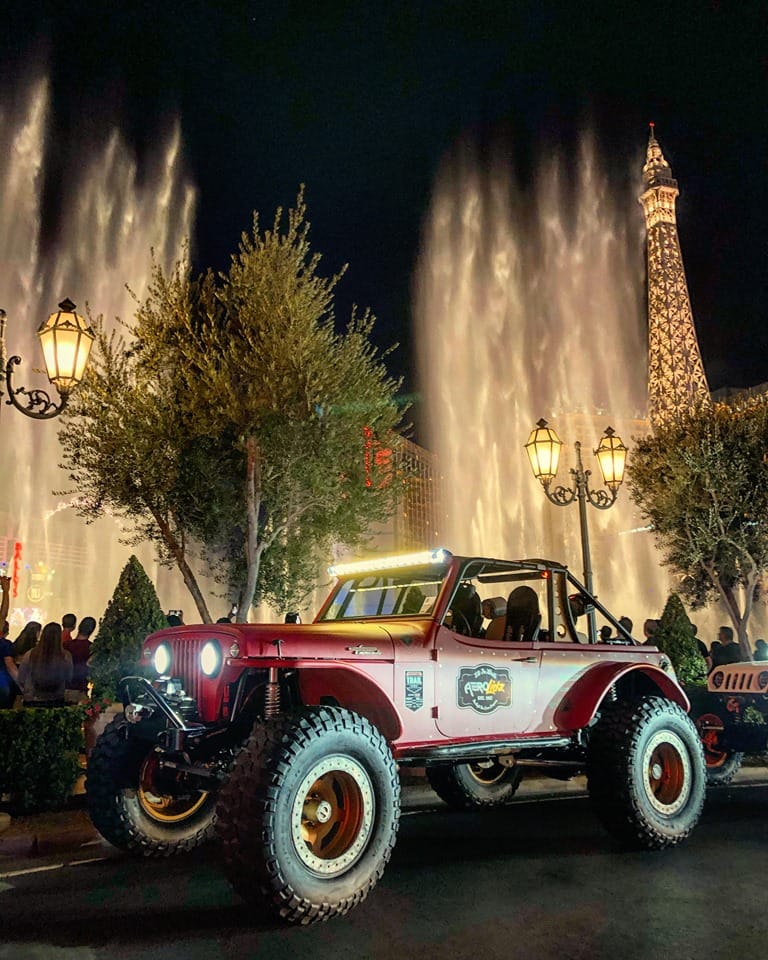 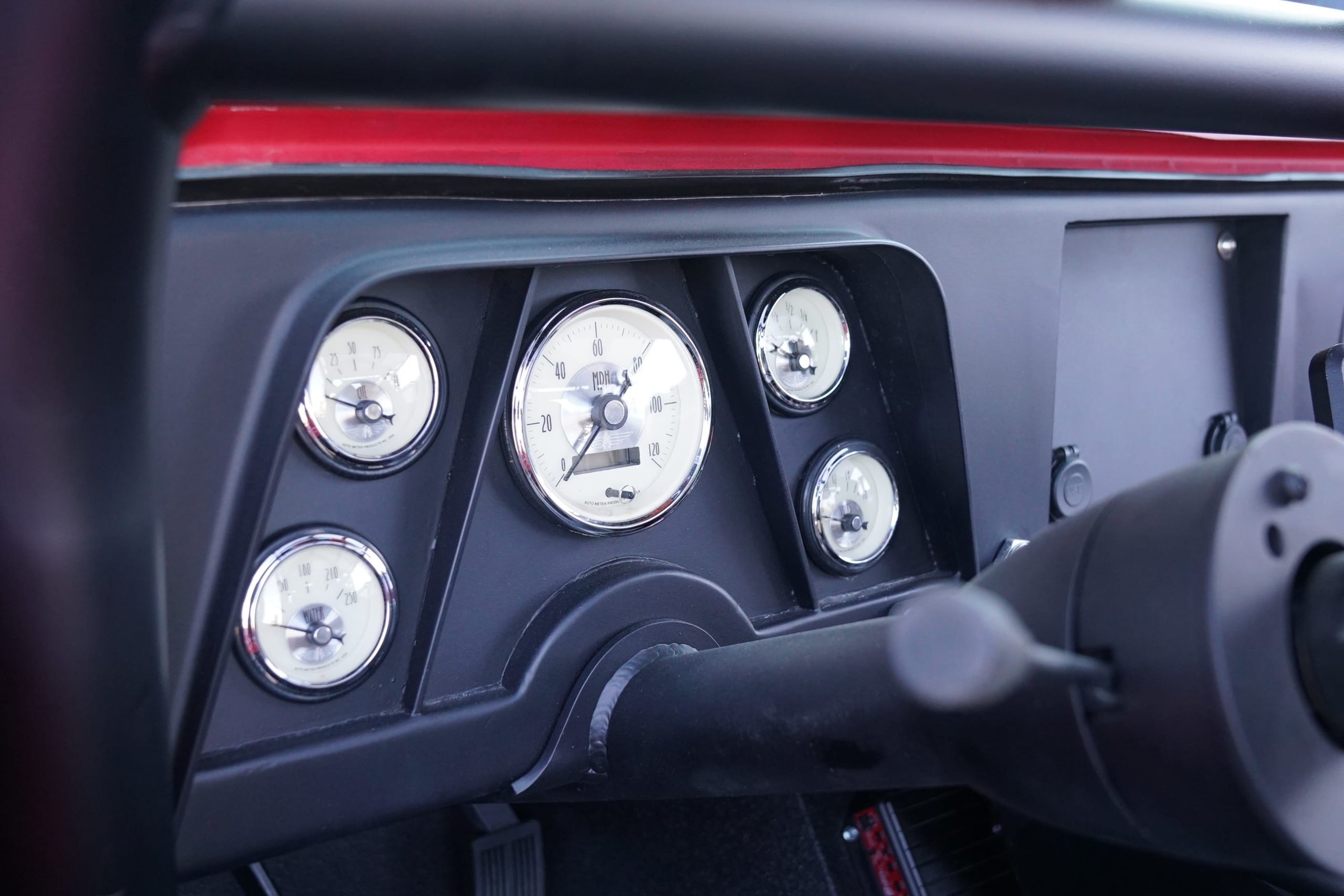 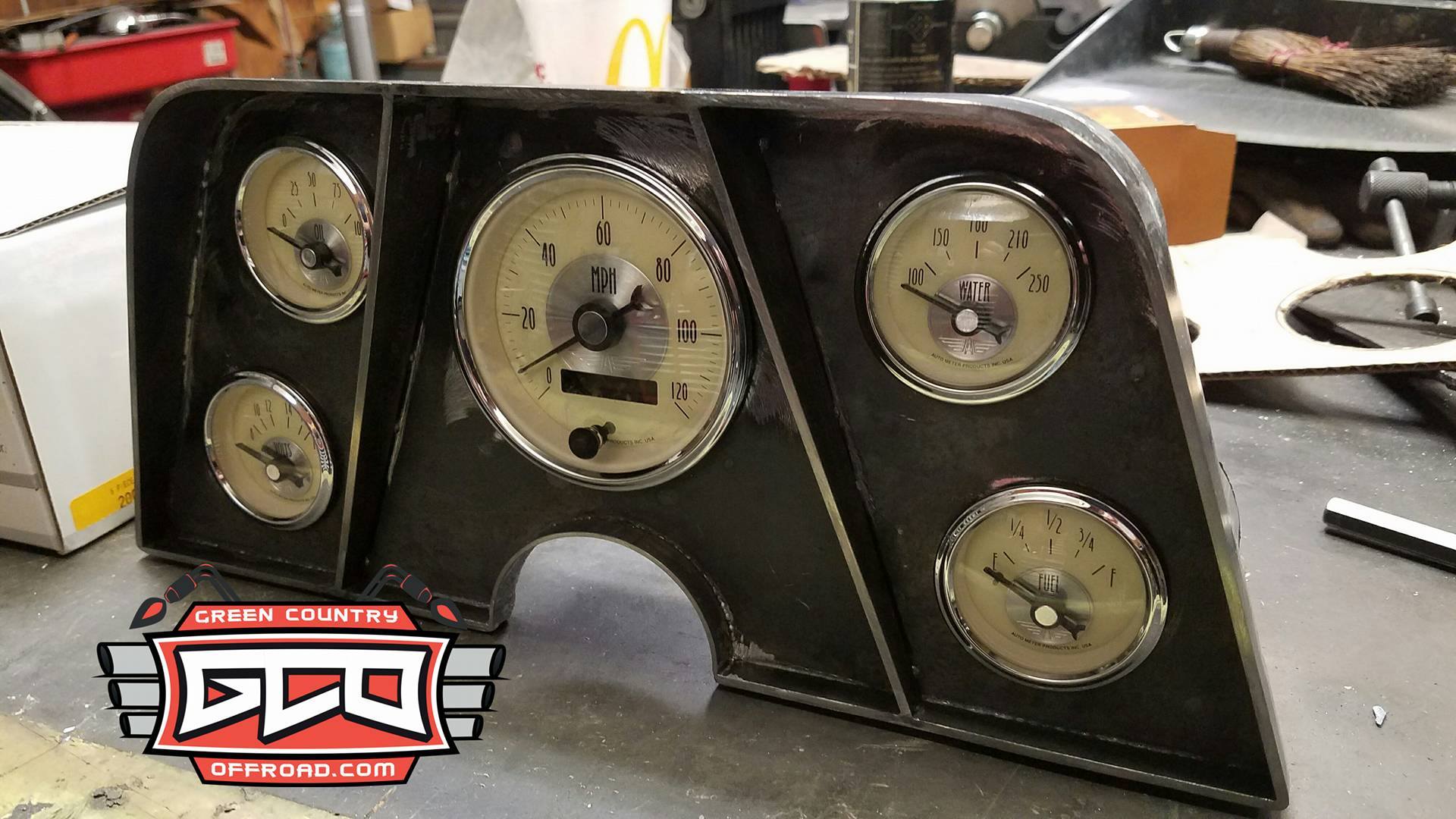 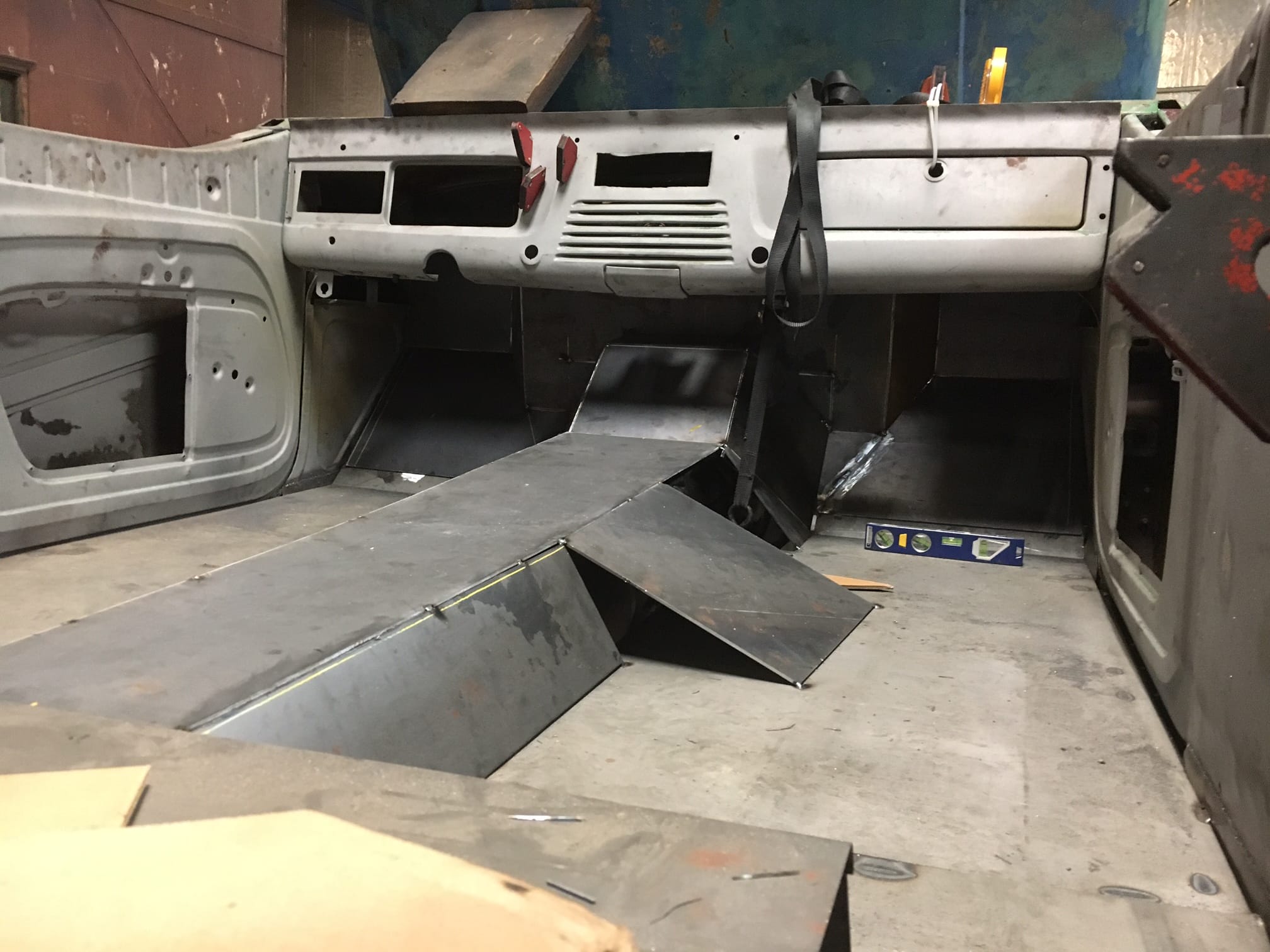 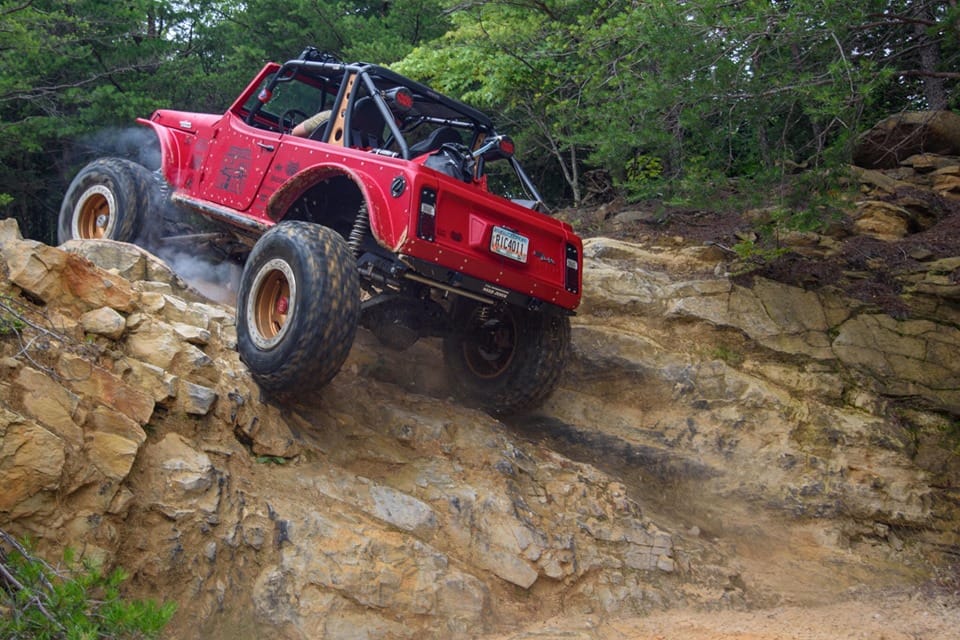 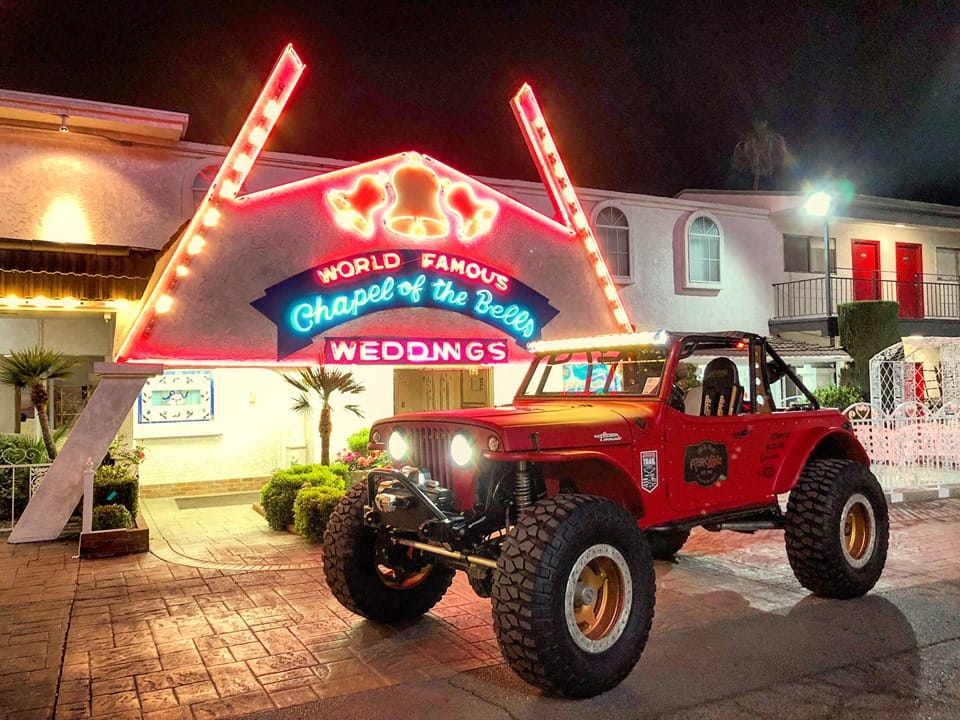 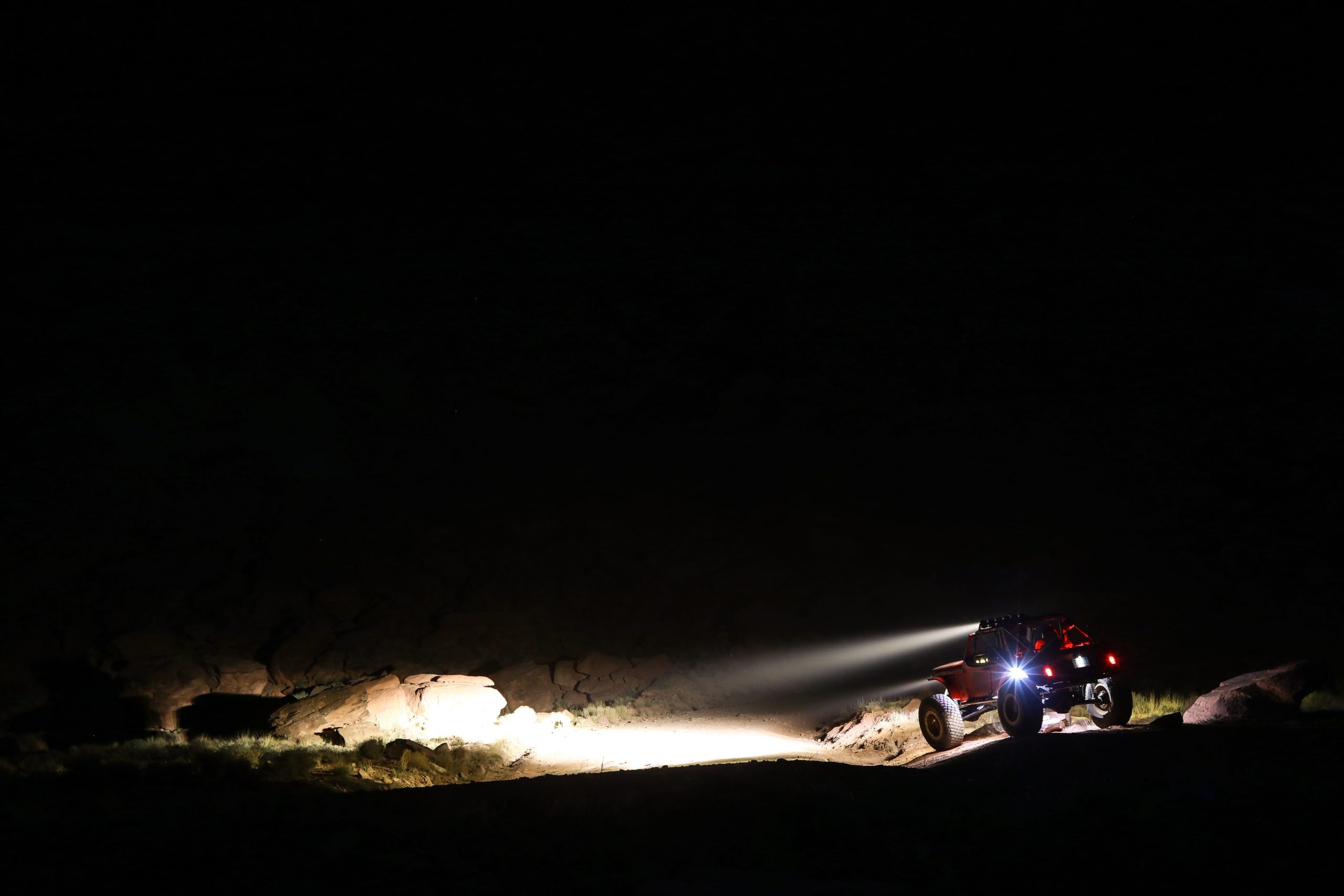 Marvin Stammel grew up around Jeeps. His dad purchased a Jeep Wrangler right after he was born. By the time he was four, he was tagging along on offroad adventures. The older he got, the more adventures they went on. While the modifications on the Jeep increased, they traveled all over Germany, Belgium, and France.

After his twenty-first birthday, Marvin moved to the United States and sold nearly everything he owned to start his first business in the offroad industry. He saved his money and purchased a 1973 Jeepster Commando after seeing one in Moab, Utah at the Easter Jeep Safari. He fell in love with its odd body style and proportions. He wanted to take everything he has learned and loved over the last twenty years and turn it into his dream vehicle, a Jeep hotrod mixed with southern rock buggy and a touch of West Coast desert truck.

Marvin wanted to build it right the first time and not go through multiple stages. He collected parts for a while and started sketching what he wanted the Jeep to look like. He also wanted to find a shop that he could work with and be a part of every step of the build. He knew he was going to wheel the Jeep a lot, so being able to fix it and know every bolt was important.

In 2015, he discovered Green Country Offroad in Claremore, Oklahoma. They had plenty of experience with building custom Jeeps and he knew they were the right guys for the job.

The Jeep was in rough condition when he bought it. The floor and tub were rusted out and had fiberglass everywhere. He also wanted the original Jeepster look with a seven-slot grille. The one he purchased was a Bullnose Jeepster, which looked more like a Ford Bronco or International Scout than a Jeep. With how rare this model is, there isn’t a supply of parts for it. Every piece had to be made hand and fabricated in house.

The guys at Green Country Offroad started the project by finishing the frame, fixing the floorboard and removing the rust on the tub. Once they had a base to work with, the project was off in full force. The axles, motor, transmission, and transfer case were already purchased years ago, so they knew what went in it and were able to build the Jeep around it. A few months into the build, Marvin decided to move to Oklahoma and help hands-on with the build until it was finished.

He chose AutoMeter Prestige Series gauges in his Jeepster because of the styling, availability of gauges he needed and the quality. “It’s something I stare at every time I’m in the Jeep. The guys at Green County Offroad fabricated a super cool dashboard that complements the gauges well. It’s one of my favorite features of the whole Jeep,” says Marvin.

In 2017, the Jeep was finished the day after the Easter Jeep Safari after eighteen months of work. It has been wheeled at least once a month ever since, visiting nearly every difficult trail across the country. It has completed two 24 Hour Hell and Back Trail Challenges, was part of the 2017 Week of Wheeling and has conquered the King of the Hammers including the famous “Backdoor” obstacle. It still shines at car shows and other events and is 100% street legal.

For the last two months, Marvin has been on the road with the Jeepster. He started at the 24 Hour Hell and Back Trail Challenge in Kentucky. After that, he brought it back to Green County Offroad to build, paint and powder coat it one more time to look pretty for the 2019 SEMA Show. It took him and GCO twenty days to completely overhaul the Jeepster. Once that was done, he was headed to Phoenix, Arizona where the 2019 Trail to SEMA started. He spent ten days hard offroading through Arizona, California, Utah, and Nevada until they arrived in Las Vegas.