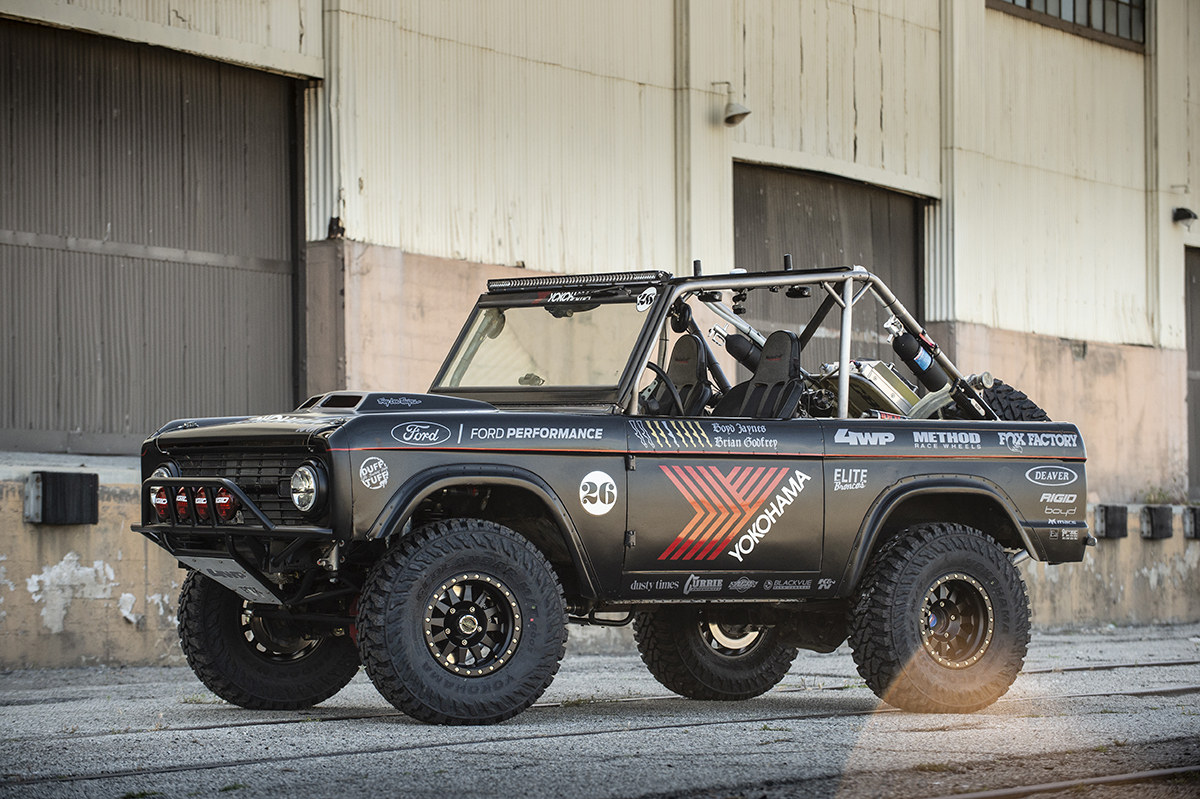 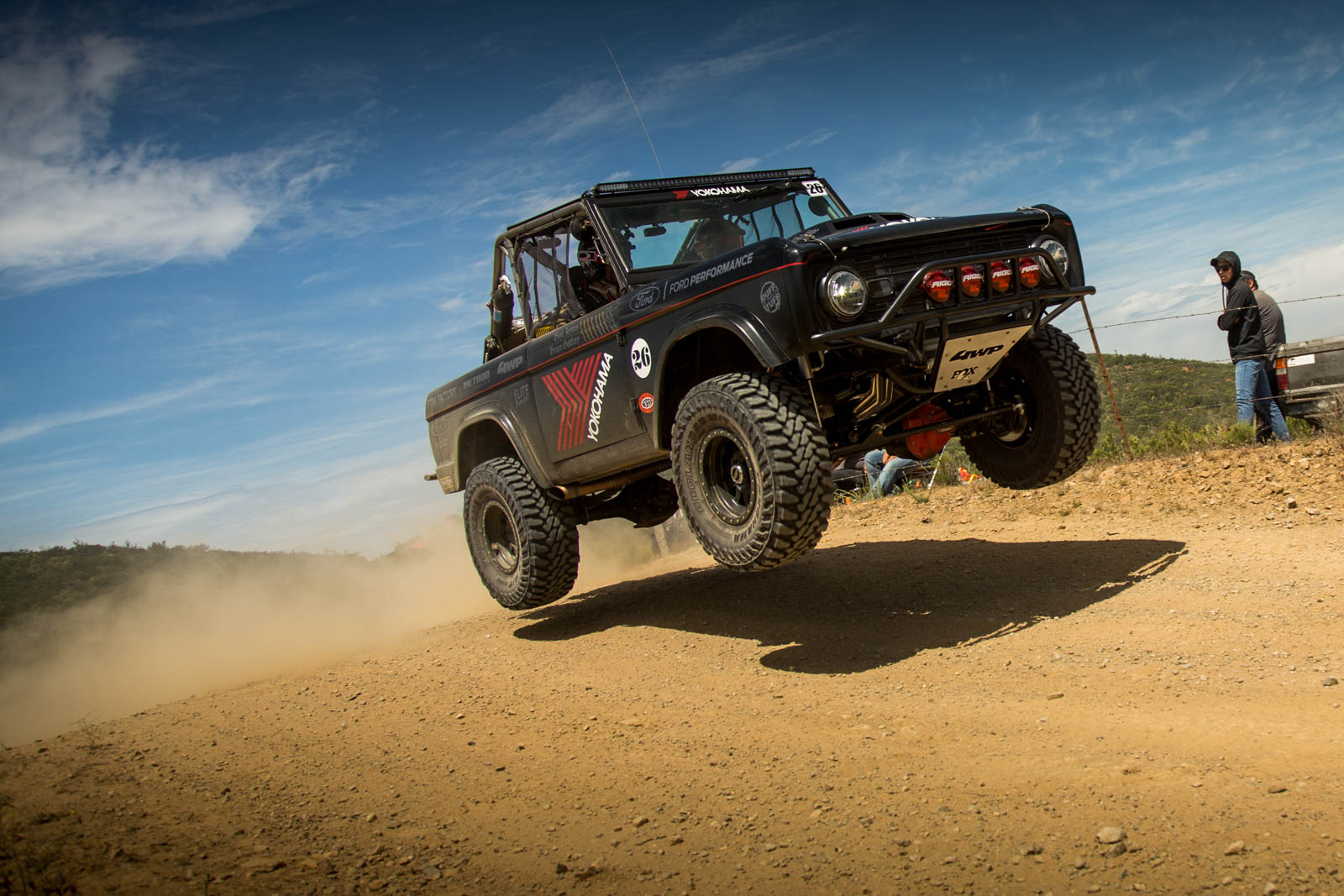 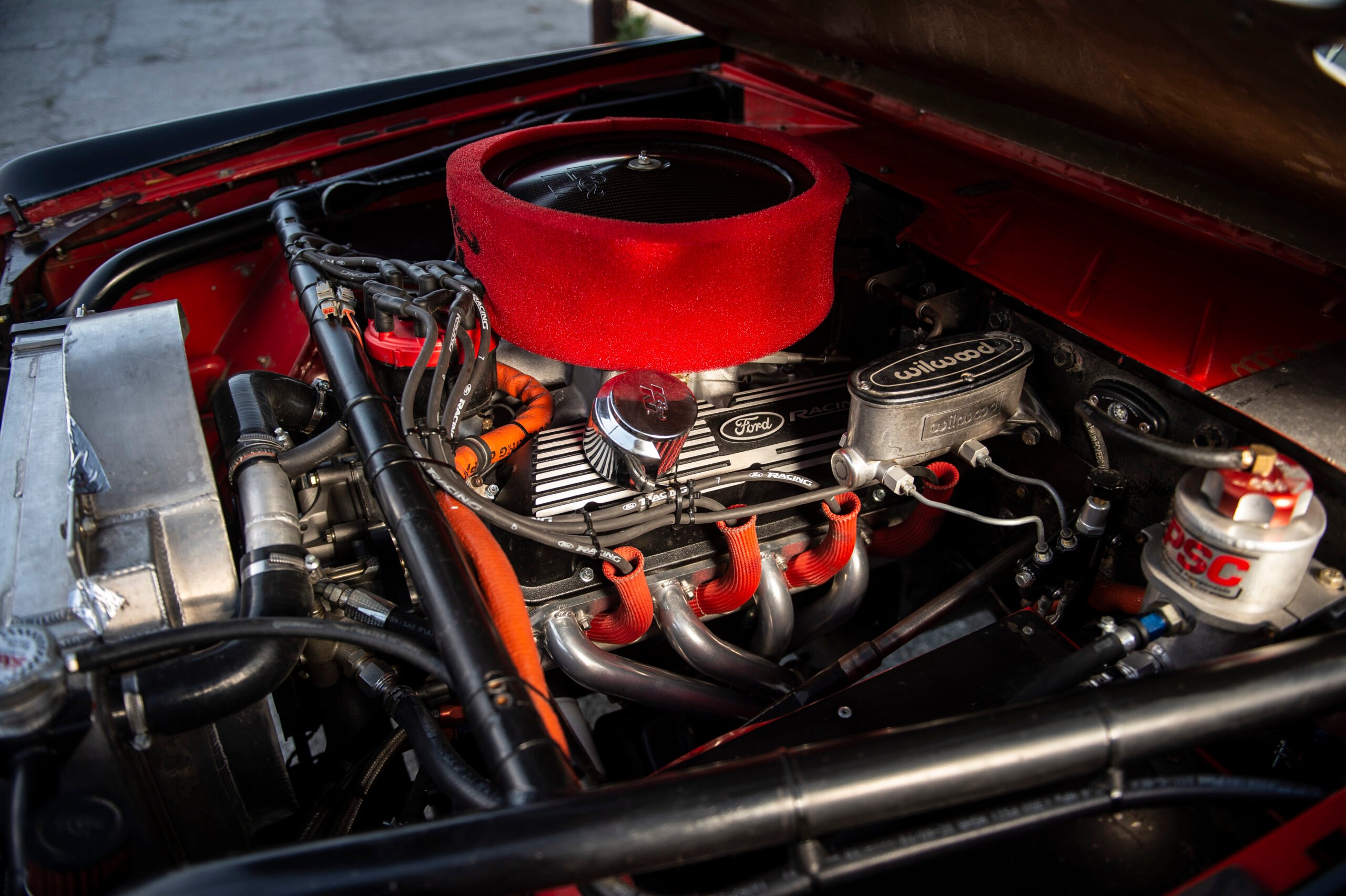 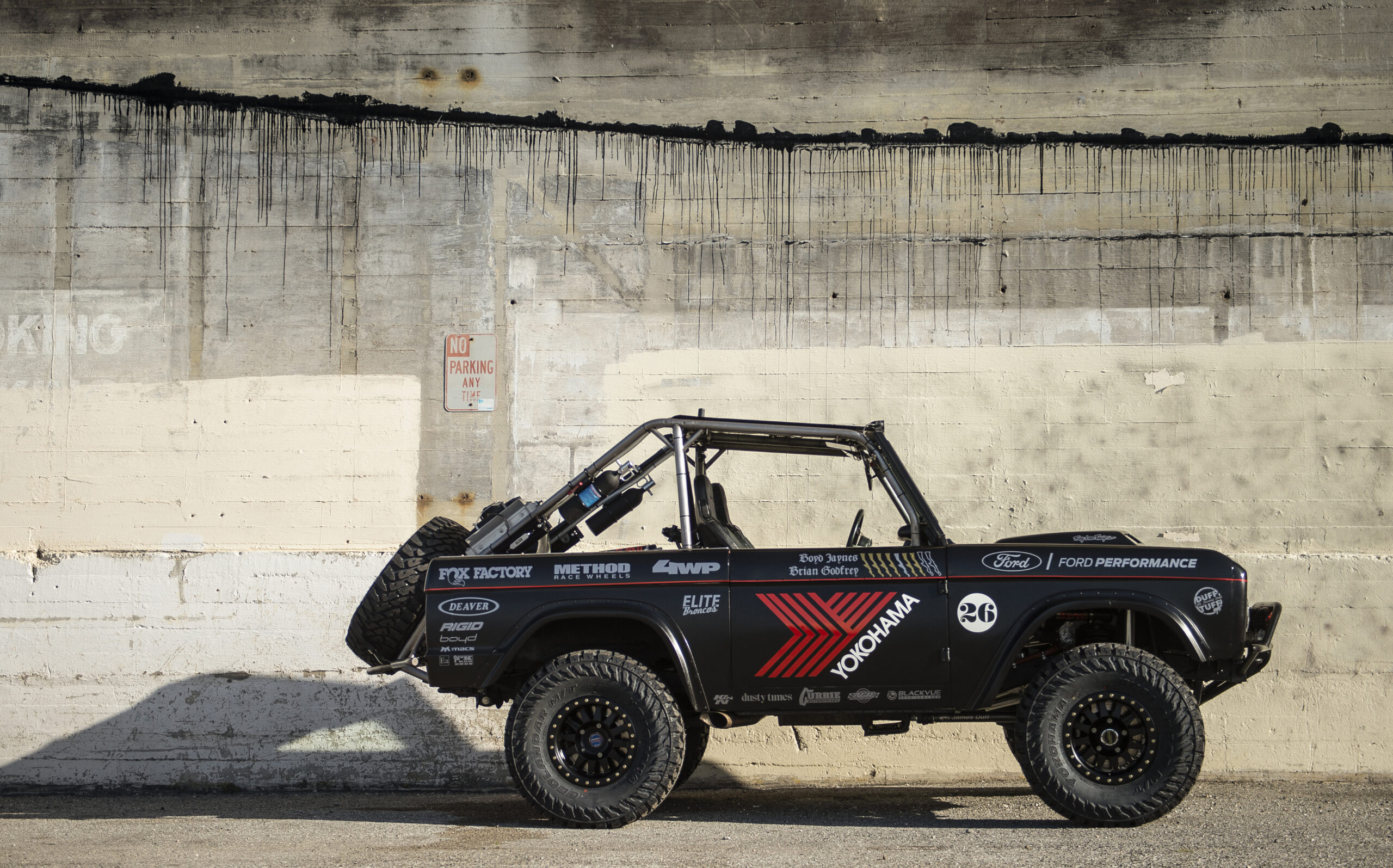 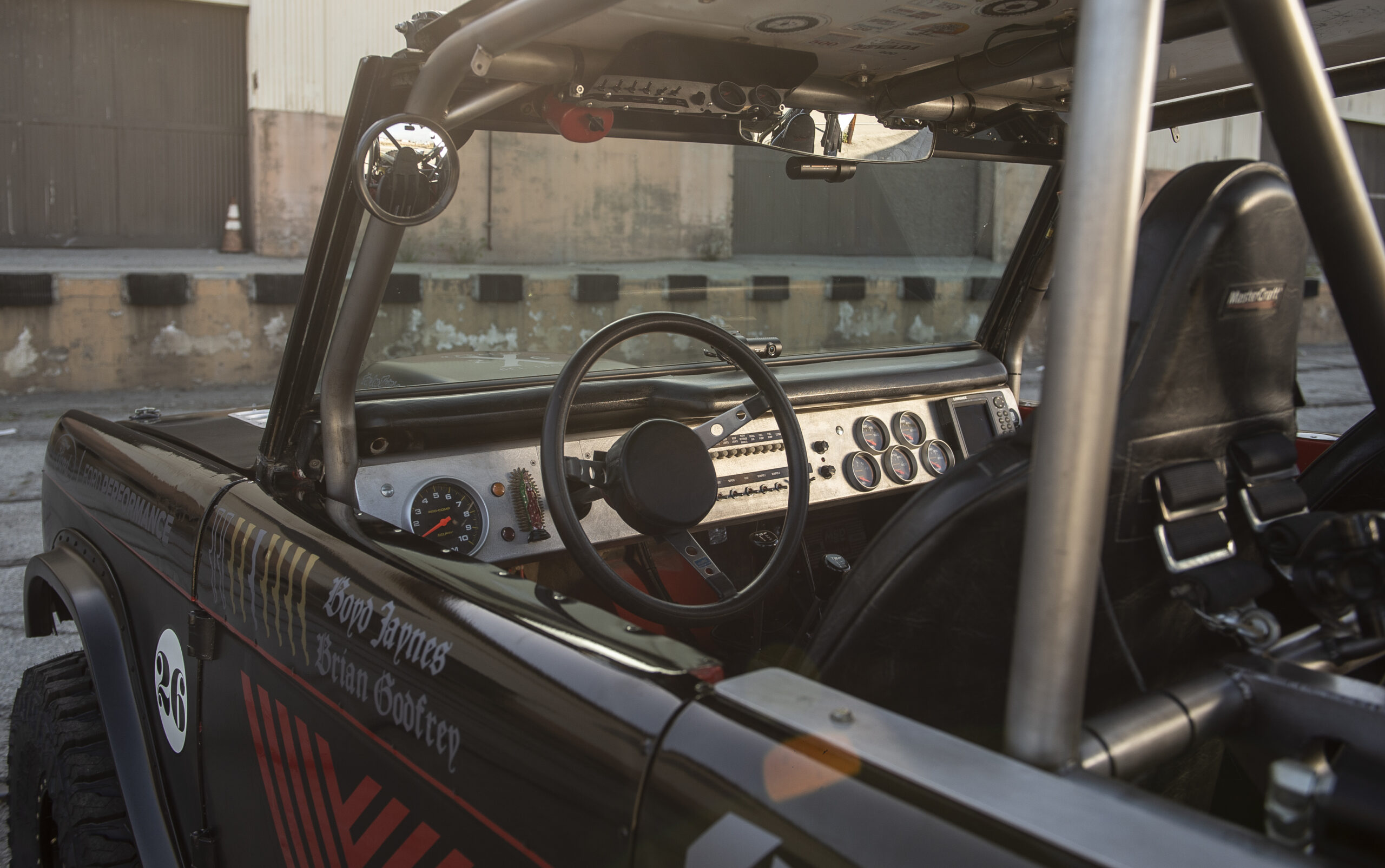 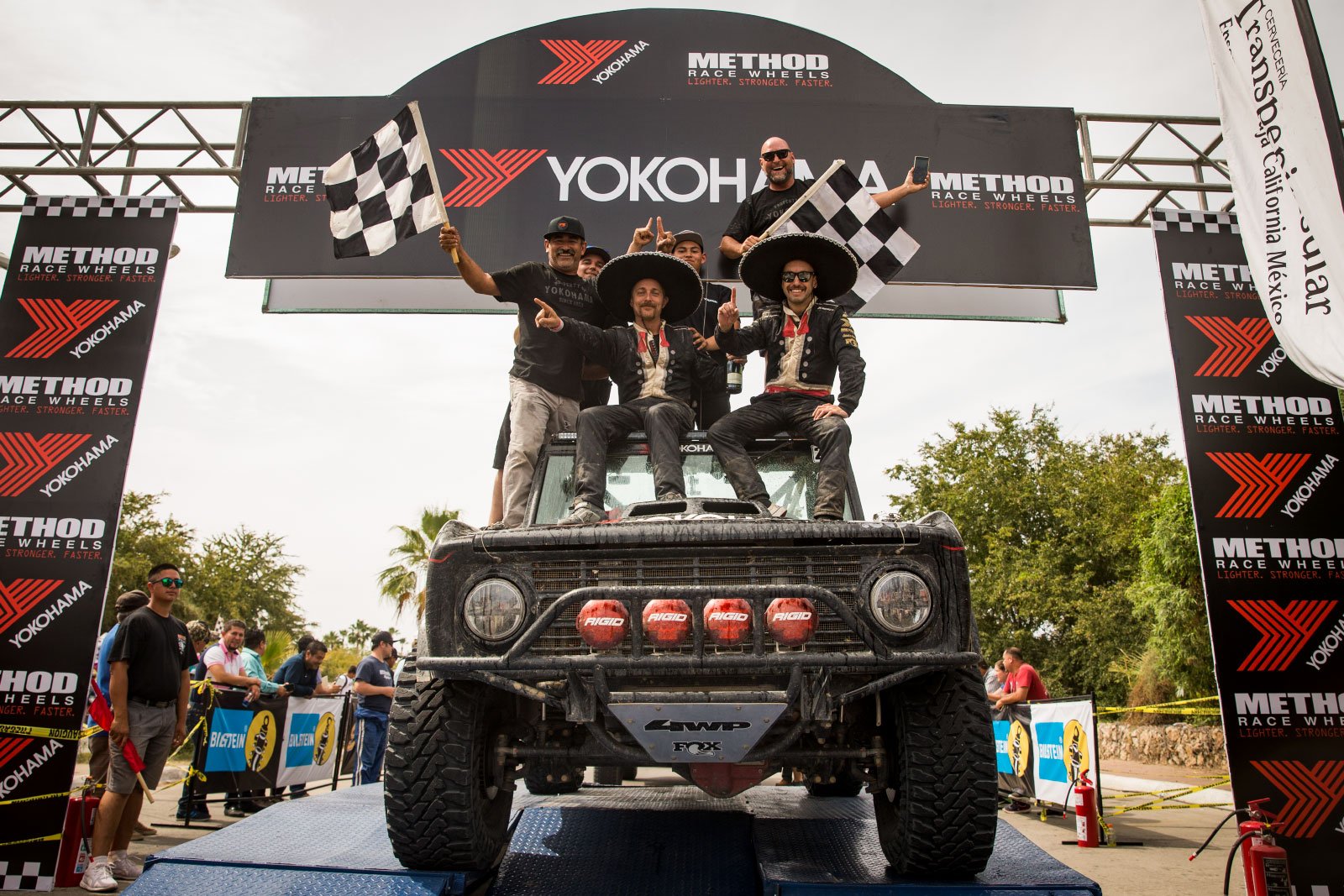 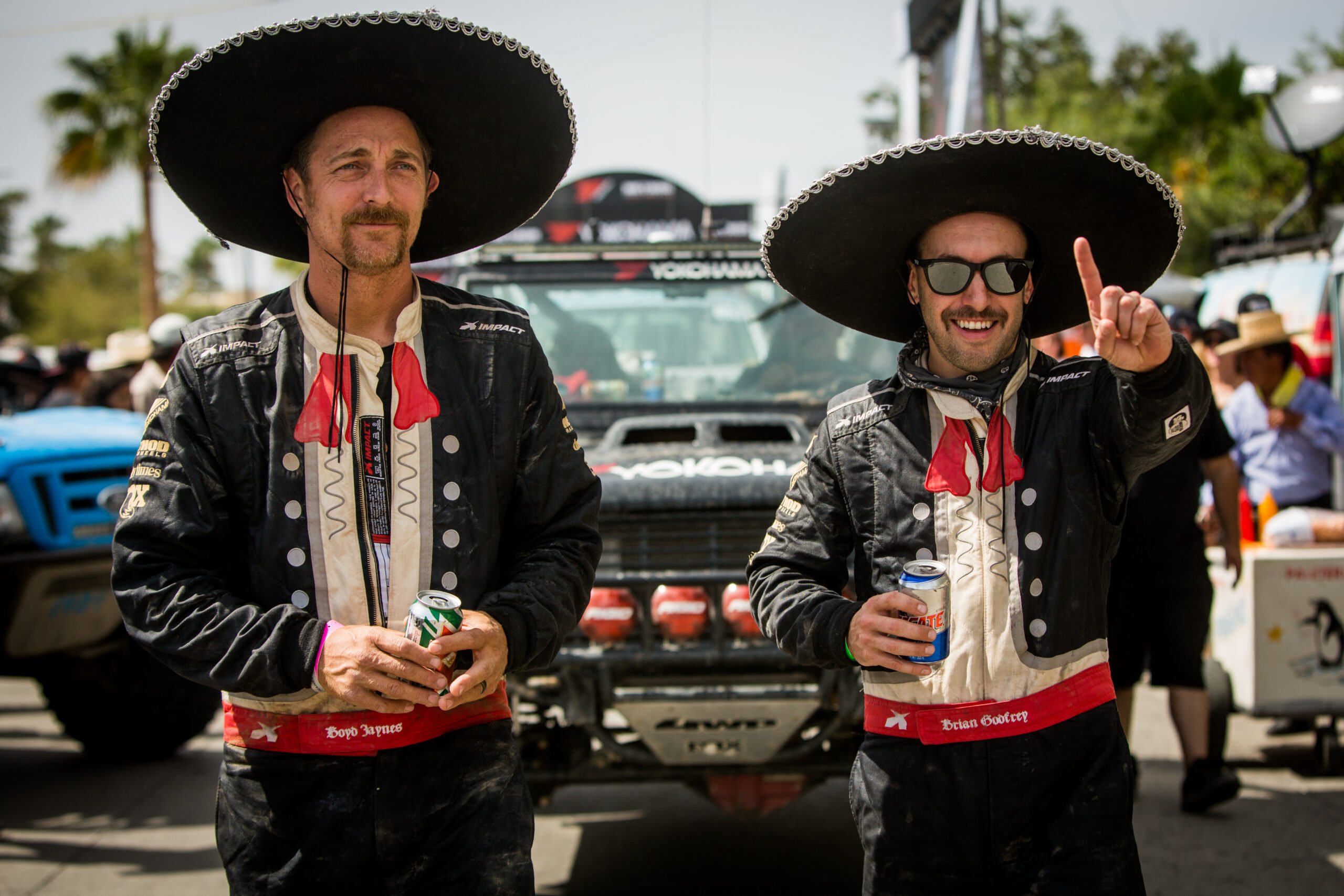 The Caballo Del Diablo (or horse of the devil) is a 1968 Ford Bronco that has been turning heads and breaking records over the last decade. Competing in the Pioneer 4×4 category of the annual National Off Road Racing Association’s (NORRA) Mexican 1000, this team comprising of Boyd Jaynes and Brian Godfrey has the best record of any team at NORRA with 7 class wins out of 10 starts, as well as being the 4th consecutive Pioneer era “Steve McQueen” trophy recipient, awarded to the oldest, fastest vehicle.

The NORRA Mexican 1000 and the Baja 1000 both take place on the Baja peninsula in Mexico, but there are also many differences. The race is formatted as a stage rally over five days with overnight stops covering the entire Baja peninsula, whereas the Baja 1000 is a nonstop sprint, most years starting and stopping in the same place doing a “loop”. The NORRA Mexican 1000 provides the challenge of testing yourself and the vehicle you built versus the unforgiving Baja landscapes over 1300 miles from Ensenada to Cabo San Lucas. The multi-day format adds excitement because every morning is like a new race with a chance to improve from the previous day.

The Caballo Del Diablo races in the Pioneer 4×4 class, which is characterized by vehicles from 1967-1975 with solid axles and four-wheel drive. Rules include a maximum tire size of 33 inches and a 2-inch diameter maximum for shocks. Vehicles aren’t allowed to change any of the geometry or to use bypass or coil-over-shock technology.

For Caballo Dei Diablo, it all started in 2009 when Boyd Jaynes heard there was going to be a race in Baja specifically for vintage vehicles. At the time, early Broncos were reasonably priced and it seemed more accessible than an expensive, modern race car. Boyd was inspired by the Bronco’s well-known off road status and legendary drivers like Steve McQueen, Parnelli Jones, and Rod Hall. In 2011, Brian Godfrey came on board and the Caballo Del Diablo team was born.

The first few years didn’t go as well as they had hoped. The truck wasn’t sorted out and they weren’t sure how to fix things yet. The first year, the entire front clip with the hood and fenders detached from the rest of the truck. Luckily, they were able to get repairs made at a muffler shop during the race that are still intact today.

“We are fortunate in that we have had chances to learn from mistakes without dire consequences and always come back with solutions the following year,” says Boyd.  Slowly but surely, the Bronco was transformed from a capable vintage 4×4 into a proper race truck..  The biggest change yet was in 2019 when they swapped their old 351 Cleveland V8 for a new Ford Performance 347 stroker motor, which added power and shed weight for the race built Bronco.

They plan the entire year, but the actual turning of wrenches takes a couple of straight months depending on the previous year’s damage to the truck.  “It’s a lot of miles to not make a mistake. Around every corner is the ditch that is waiting for you to drive into it or the cliff you could fly off. The biggest challenge is finding the right balance between speed and not breaking the truck or crashing” says Boyd. With 7 class wins, the Caballo Del Diablo has done an amazing job of finding the right balance so far!

The Caballo Del Diablo was built to compete in the Pioneer 4×4 class at the NORRA Mexican 1000. The class is characterized by Stock chassis, stock suspension, solid-axle 4wd, maximum 33″ tires, 2″ shocks with no coil-overs, or bypass.

You can check out more on the Caballo del Diablo on their Instagram.