Back in high school, Jason’s passion for racing started when he bought his 1970 Mach 1 Mustang. Every weekend he raced at either Rock Falls, Wisconsin; Cedar Falls, Iowa; or Brainer, Minnesota dragstrips. This quick Mach 1 that he still owns today has a 408 CI Stroker motor which can run 11.40’s second passes down the track. After some time, he wanted to make the Mach 1 more of a car show cruiser and began to think he needed to purchase one that allowed him to chop up and modify for better performance down the track. With his love for racing, he soon wanted to be more serious with the sport and decided to look for the right project to use as a drag car.

In 2007, Jason purchased a 1970 Fastback Mustang for racing use, particularly for Hot Rod Drag Week. It was a stripped-out rolling chassis where everything had to be reworked, except the paint. The paint was left alone since it was painted sometime in the 1980s. The engine was dynoded at 750hp on the motor alone. For Drag Week, it was tuned up to 250 hp shot of nitrous. With a tune-up, his average at 8.77 seconds down the track. The last pass in Michigan is where he tried to shoot for a 300 shot and went the car’s best of 8.64 seconds at 155 mph. As a toolmaker and owning a Mustang since his teenage years, Jason built the motor himself including many of the parts needed to make it go its top speed.

After three years of building, modifying, and constructing the car, it was time for the Hot Rod Power Tour. Jason and his friend, Kevin, have been dreaming about being apart of this event and were glad that they had the chance to participating in it.

The prep and first race day at US 131 Motorsports Park in Martin, Michigan was very stressful. The difficulties started from driving the Mustang from Michigan to Ohio. It began with a fuel pump issue, followed by the ignition rotor bolts coming out on our way to the track. Once we were there, we were allowed to fix the problems that was experienced on the way to the first track. The ignition rotor bolts and the fuel pump were fixed and ready to start racing the next day.

We began driving 300 miles today to Summit Motorsports Park in Norwalk, Ohio. I had a small fuel leak but no carnage problems today.  I was able to cruise with the grey Camaro who was super nice! He informed me that he was in third place and then told me I was sitting in second for our class! The next stop will be at Lucas Oil Raceway, Indianapolis, Indiana which will be a 280-mile drive tomorrow.

There were no problems but ended up driving about 340 miles today. I am still in second place and the 427 LSX Turbo Camaro is in third- going to be a battle for the both of us! I am heading to Byron, IL tomorrow night.

Once we raced at Byron it was time to go back to Motorsports Park in Michigan. There was only one way back and it was during the stop and go part of 4 o’clock rush hour traffic with construction. It was the worst traffic that I have ever seen. I was driving in the middle lane of the freeway during rush hour. It was stressful knowing that it is dangerous driving the Mustang with not having much space for me to pull over. Soon the fuel pump relay began to get hot and made the fuel pump stop working when we were rolling at 5 mph.

With the help of an understanding semi-truck driver, it made it possible to go in front of him to pull over on the side of the road to let the relay cool for a few minutes. After it cooled, it was time to keep going. However, this made us more nervous for the next hour or so. Fortunately, we made it to Michigan around 9:00 pm. It was a relief seeing everyone again. We drove over 1200 miles in 4 days!

I started off the day with 8.81 second time and left at 8.64 at 155 miles an hour. There were a couple of accidents on the track causing oil spots located on different areas of the track. When it was time to race, many people informed me that it was too dangerous to race unless I got in the left lane. Unfortunately, the other racer was the first to choose and selected the safer lane. With the oil leakage in mind, I pulled the chute out early to avoid an accident.

Overall, I came home with 2nd place for my class and the Quickest Ford plaque. Drag week came to a closed but is not finished until you make it in the driveway. I had to install a new alternator on the semi in the parking lot before we make our way back home to Minnesota. Hot Rod Drag Week was something that my friend, Kevin and I have been planning for three years. I was glad that I experienced this trip with my close friend before he passed away two weeks later. It was an adventure that I will never forget and a friend that will be forever missed.

Changes done for each race day:

Participating in Hot Drag Week, there were many tedious steps involved before and after each race. It consisted of unhooking the trailer and unloading everything that was brought for the week. The second step was to change out all four tires to slicks. Then it was time to take off the fuel line and pump out the street fuel. Proceeding the process, the street fuel was drain out of the bowls to fill it back up with 110 octane fuel. It was essential to change out the spark plugs with cool plugs for racing. Near the end, the generator was used to warm the nitrous bottles to allow them to read the correct pressure and flow the flowing nitrous fuel pressure. When it was almost time to race, the parachute was installed and hooked up, cleaned out the vacuum pump, and put the fire suit on.

After the one pass, it was time to change everything back for street driving again. This process was all done with no outside help and only people who are part of drag week can help you with the process. 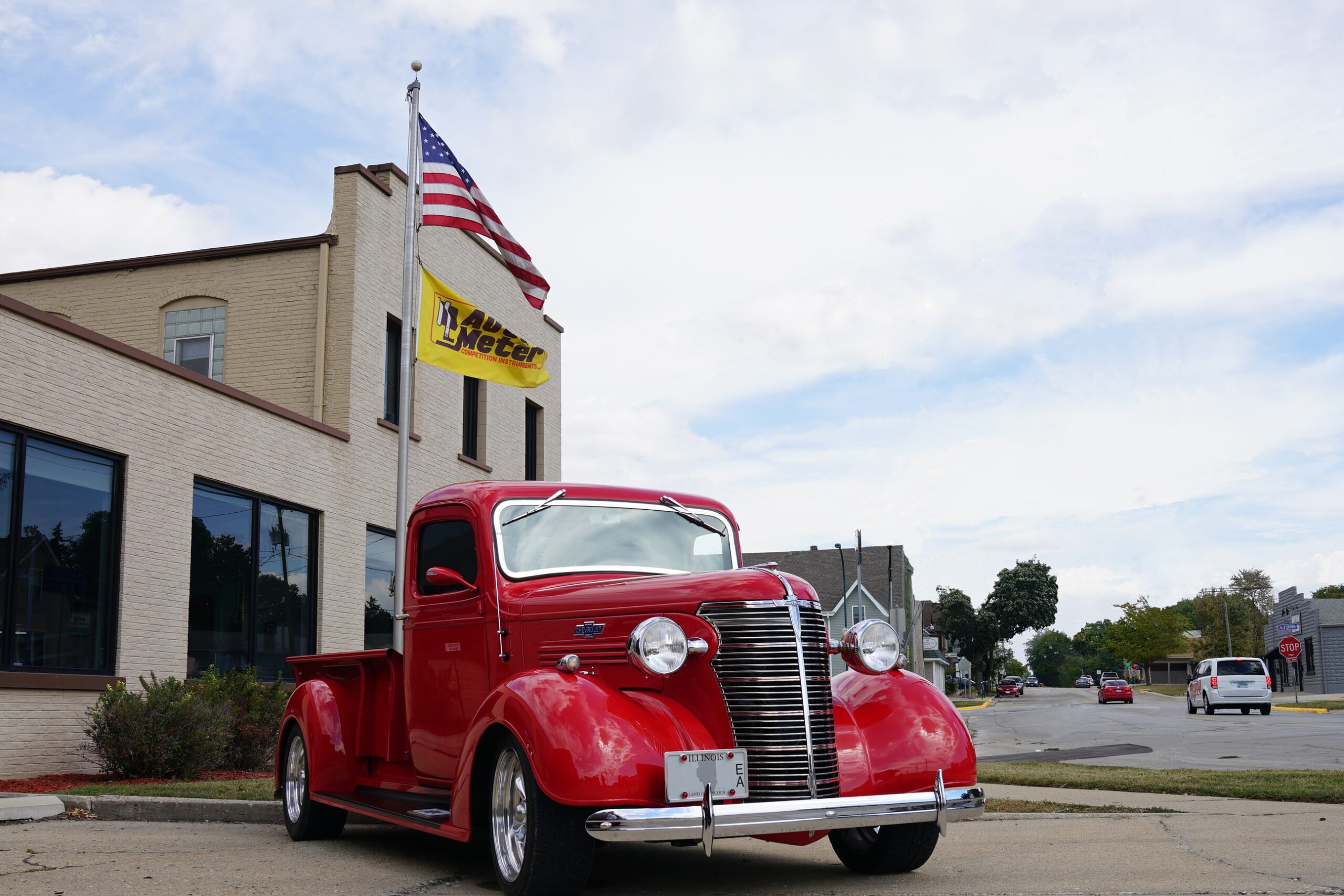